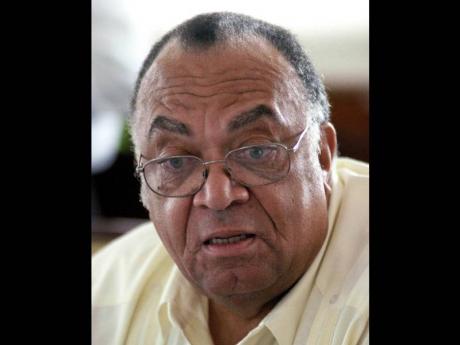 EVERGLADE FARMS, operators of Long Pond Sugar Factory in Tre-lawny, has been forced to reduce its 2011-2012 projection of 8,500 tonnes of sugar, as several farmers were forced to send their cane to other factories.

The projection was that the factory would have received some 90,000 tonnes of cane. Of that amount, 34,000 tonnes was slated to come from cane farmers and the remainder from the factory lands.

"There were some farmers that had some challenges with their cane and they were permitted to take their produce to Frome," Derick Heaven, chairman of the Sugar Industry Authority, told The Gleaner on Tuesday.

"We will have to reduce our target to between 6,500 and 7,500 tonnes of sugar," Christopher Hylton, the company's public relations manager, told The Gleaner.

According to him, some 12,000 tonnes of cane is now being processed, with an expected 68,000 tonnes more required.

This, he explained, resulted from a decision by some farmers to sell their cane to Pan Caribbean Sugar Company in Frome after 'operational glitches' prevented a smooth start of production.

While Hylton refused to state the glitches, a source close to the Trelawny operations told The Gleaner that efforts to get the new equipment coordinating with the old ones created a challenge for the operators.

Sugar cane had to be transported to Frome, Appleton, Worthy Park and Monymusk factories last season, after the company was forced to sit out the 2010-2011 sugar crop when it became apparent that significant work had to be undertaken in order to maximise the potential of the plant.

The refurbishing exercise was undertaken at a cost of J$1 billion.

"The owners have given me the assurance that all is now in place, they have invested millions into this venture, so it would be in their best interest, as investors, to ensure that they get things right," Heaven said.