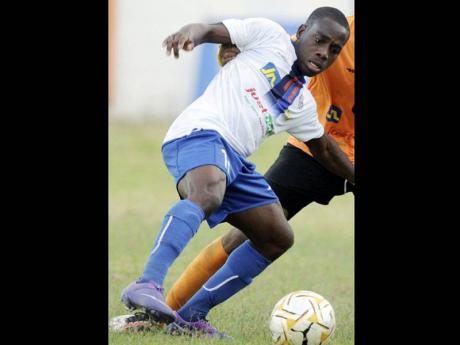 The Gleaner understands that Reggae Boyz striker Tramaine Stewart has secured a three-year deal with Norwegian outfit Aalesunds FC, after impressing on trial there.

Stewart, who has been in hot form for his local Premier League club, Portmore United, was recommended to the Norwegian First Division campaigners by his national teammate Demar Phillips, who is now a key player for the club following his transfer from Stoke City in 2009.

Another Reggae Boy, Jason Morrison, is also contracted to Aalesunds.

The 24-year-old Stewart, who scored a goal against New Zealand in a recent friendly international, recently scored a hat-trick in a practice game for Aalesunds and is said to be a big hit among the outfit's technical staff.

Romel Wallen, Williams' agent, confirmed that a move is imminent for his client, and further explained that while there was interest from clubs in Europe, he chose the USL so that he will be able to remain with Village for their relegation battle.

"Dino had interests from two clubs in Sweden and Finland, respectively, but the player decided that he wasn't quite ready to leap to Europe at the moment and he really wanted to remain in Jamaica and help Village battle relegation, being their most important player," said Wallen, who is attached to the Pro-Goals Sports Management agency.

Wallen is, however, looking forward to seeing his client join the USL ranks and believes that he stands to benefit tremendously from the experience that he will gain.

"As a result, he will be going to Charleston Battery to gain some exposure in the USL, a more professional league that will certainly help him in his development and ultimate leap to Europe," Wallen noted.

"Charleston for years has been a good stepping stone for Jamaican players, as coach Michael Anhaeuser is highly fond of Jamaican talent and helping them to develosp for the next level," he added.

In other news, national goalkeeper Duwayne Kerr, now contracted to Norwegian club Strommen, has been attracting significant interest in that part of the world.

Solskjaer reportedly submitted two bids for the former Portmore United custodian. However, the bid was rejected by Strommen, who deemed the proposed fees inadequate.