Samuels out, Baugh only Jamaican in WI squad 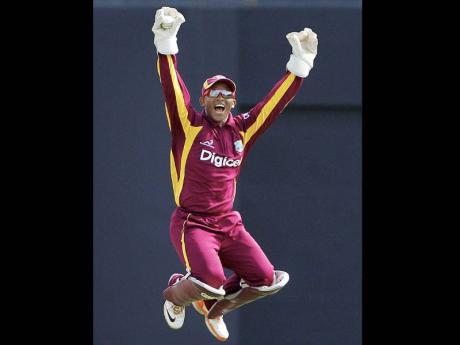 Left-hander Narsingh Deonarine has been recalled after two years in the wilderness, while out-of-form openers Kraigg Brathwaite and Kieran Powell have clinched spots in the 13-man West Indies squad announced early yesterday for the first Test against Australia.

The side will be led by Darren Sammy, with young Barbados batsman Kirk Edwards appointed his deputy.

Batsman Marlon Samuels, however, is out of the Windies squad after leaving for the Indian Premier League (IPL) where he will represent Pune Warriors, leaving wicketkeeper-batsman Carlton Baugh Jr as the only Jamaican in the Test unit.

He is one of several IPL-bound Windies players unavailable as opener Chris Gayle, Dwayne Bravo, Kieron Pollard and Sunil Narine have all signed up for the lucrative competition.

Fast bowler Ravi Rampaul, who played just one match in the first-class championship because of injury and illness, has been recalled and joins fast bowlers Fidel Edwards and Kemar Roach.

"As selectors, we felt the team did a very good job in the ODIs and T20s under the leadership of Darren Sammy, and we expect them to continue to show that same kind of fight and determination in the longer format," said chairman of selectors Clyde Butts.

"It is never easy and we know the Aussies will come hard at us, but we believe we have selected a squad that can do the job and make the people of Caribbean proud."

Deonarine, who last played for West Indies against South Africa back in 2010, has been rewarded for a prolific first-class season, where he gathered 582 runs at an average of 44.76 and took 20 wickets with his gentle off spin.

The 28-year-old has endured a sporadic international career since making his international debut seven years ago. He played four Tests in 2005 before being axed and had to wait another five years before another chance to wear Windies colours.

The 19-year-old Brathwaite, meanwhile, has retained his place despite managing just one half-century in 13 innings for Barbados during the first-class season. He scored 62 against Guyana early last month, but his last five innings have yielded just 90 runs. However, Brathwaite has three half-centuries in six Tests.

The left-handed Powell has also struggled for runs, with one half-century in his last 10 innings. He was dropped from the Windies one-day side after scores of eight, nought and 12 in the triple-header against Australia in St Vincent last month and his two subsequent innings for Leeward Islands in the four-day tournament served up just 29 runs.

The first Test bowls off at Kensington Oval here on Saturday.