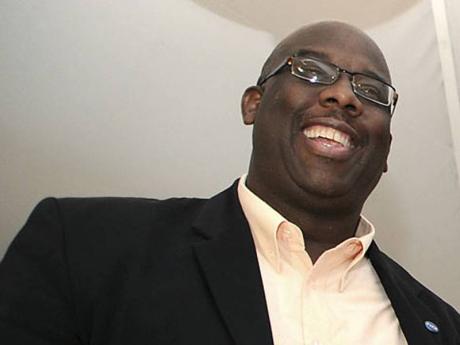 Chairman of the Jamaica Football Federation (JFF) technical committee, Howard McIntosh, has been appointed to the staff of football's world governing body, the Federation of International Football Associations (FIFA), as a development officer for the CONCACAF region.

The Jamaican was named among a three-member committee, which also comprises Trinidad and Tobago's Angenie Kanhai and Guatemala's Mauricio Caballero.

The committee has already commenced work as they seek to bridge the void which has existed in the region over the last year at the development officer level.

"I am happy to serve the region and happy to continue to serve the sport," McIntosh shared with The Gleaner following a sponsorship announcement for the local coaching school held at the JFF's head office yesterday.

"It is an appointment to help to promote and develop the game in the region," he added.

One of the first things on the committee's agenda is the issue of coaching education in CONCACAF and the development of a coaching licensing programme within the region.

"That is one of the areas (coaching licensing programme) that we know already that we will be pushing," McIntosh revealed. "There are going to be more, as we discuss things at the FIFA level, the CONCACAF level and the CFU (Caribbean Football Union) level," he added.

McIntosh has been actively involved in local football since 1994, working with the JFF. He is also company secretary for the Professional Football Association of Jamaica and a member of the board and a founding member of the Premier League Clubs Association. In addition, he is closely associated to Portmore United and Real Mona football clubs.

President of the JFF, Captain Horace Burrell, is pleased with McIntosh's appointment.

"Mr McIntosh has been a football administrator for a long time and I am very happy that he has got this break," Burrell expressed. "It has to be seen as a break, because it is a regional appointment. It is a very huge region and for him to have been selected as a candidate is a huge honour, not only to McIntosh, but to Jamaica."