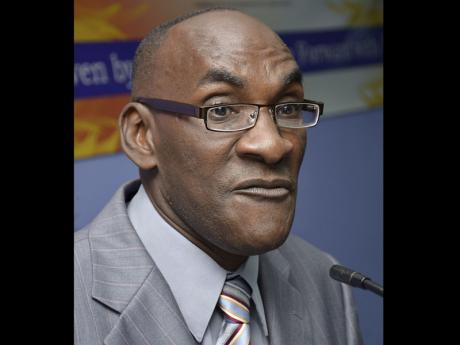 THE JAMAICA Teachers' Association (JTA) is calling for a national campaign focusing on the health and nutrition of students.

President of the JTA, Paul Adams, said that poor nutrition was having a severe impact on students' ability to learn.

His comments come against the background of a recent report that revealed that some 10,000 children in Jamaica were suffering from diabetes.

University of Technology president, Professor Errol Morrison, in a recent Gleaner article, stated that surveys by the Government and non-governmental organisations had unveiled startling findings.

Adams told The Gleaner that many students turn up at school daily without breakfast while others might have a bag juice and bun in the early morning.

"A number of them are not able to take part effectively in physical activities, and it severely affects their concentration," the concerned JTA president pointed out.

"They sometimes fall asleep in class, and it opens them up to a lot of weaknesses. We have serious fainting spells in the schools because of it, so it is not good," Adams stressed.

He said some parents were challenged to find nutritious meals for their children, and so the burden was sometimes placed on the schools.

"When the students come to school, we try as much as possible to provide cooked lunches for them at a minimal cost, but what we realise is that there is an increase in the students using bag juice instead of milk products," he said.

In the meantime, nutritionist Donovan Grant said parents should attempt to change the eating habits of their children and get them involved in physical activities. He blamed poor eating habits and little or no exercise for the rise in juvenile diabetes.

He advised that parents should give their children fruits instead of biscuits and avoid sweets.

"If parents can take control of their breakfast and dinner, then when they have lunch at school, which they have no control over, it wouldn't affect them that badly," he added.