Ginger Ridge All-Age gets help from past students 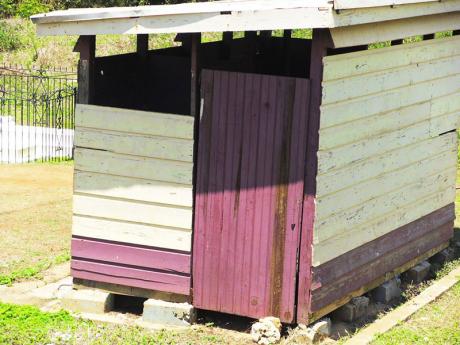 One of the pit latrines in use at the Ginger Ridge All-Age School in west central St Catherine. 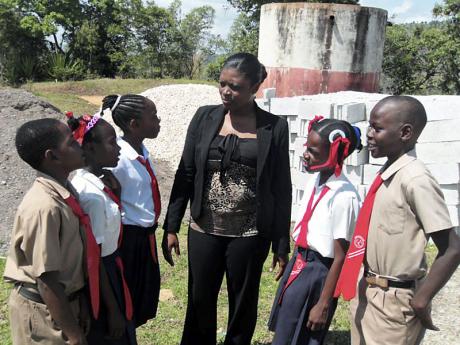 Grade-six students at Ginger Ridge All-Age in west central St Catherine share their discomfort, when using the pit latrine with Patrinia Archer, vice president, Ginger Ridge All-Age past students' association and grade six teacher. The group is standing in front of some of the building material, the association bought to help with the construction of a modern toilet facility.- photos by Karen Sudu
1
2

AFTER MORE than 65 years, students at the Ginger Ridge All-Age School in west central St Catherine are still using pit latrines. However, the local chapter of the past students' association has embarked on a project to make this a thing of the past.

"We want to move away from this insanitary condition. We want to construct a modernised toilet facility, so we have gone ahead with a number of fund-raising projects," Patrinia Archer, grade-six teacher and the association's vice-president, told The Gleaner.

But the association's efforts fell below the projected $5 million needed to undertake the venture.

"We bought some building materials and we found out that we could not have managed to undertake the entire project, so we sought help externally," explained Archer. "With the assistance of Councillor John Wilson, we put together a letter to the prime minister, and she responded within two weeks."

Archer said in mid-February, a team from the Prime Minister's Office - including personnel from the National Water Commission and the Scientific Research Council, headed by Luther Buchanan; and the People's National Party, deputy general secretary in charge of field operations - visited the institution, which has 108 students enrolled.

"On March 6, Buchanan came again. This time, he was accompanied by representatives from the CHASE Fund and some other engineers and inspected the site. So that's positive news for us," she added.

In 2005, Vernon Anderson re-established the local chapter of the past students' association, serving as president. Since that time, the organisation has been integrally involved in the development of the school, once headed by Tacius Golding, the father of former prime minister, Bruce Golding.

"We paved the schoolyard. We donated an industrial stove. The New York chapter purchased a copier, and they also purchased a printer, but that was stolen when the school was broken into," explained Archer, who has been teaching at the school since 1997.

Anderson told The Gleaner that the past students strongly believe in supporting the enhancement and development of the institution.