Miriam Fraser: Teaching 'mannas' to the next generation 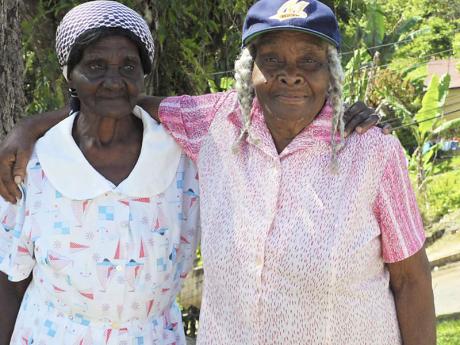 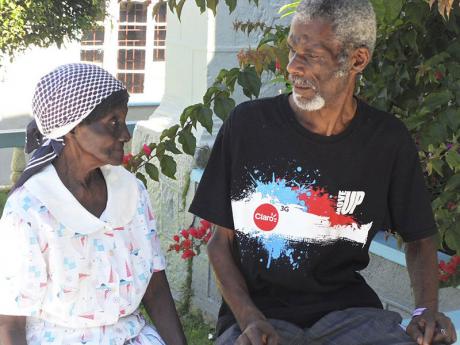 Miriam Fraser and her nephew, Noel Henry, who she raised since he was nine months old.- PHOTOS BY KAREN SUDU
1
2

GUY'S HILL, St Catherine:MIRIAM FRASER has seen much in her almost 100 years, but what saddens her most is the failure of some parents to instil in their children the importance of good values and attitudes.

The 95-year-old of Benbow, Guy's Hill, St Catherine, is not a biological mother. However, she raised 10 children.

"I raise seven boys and three girls and not one ever stand up before me and tell me a bad word or talk it make me hear. Dem have to have manners. Manners carry yuh a far way," she said.

The vivacious senior, affectionately called Enid, illustrated how she instilled good values in her children when they were growing up.

She said it was her love for children that moved her to help raise other people's offspring.

"Dem parents couldn't manage dem, and me tek dem and send dem go school that dem could come out to something good and help themselves," she noted.

Her comment evoked a smile from Noel Henry, her nephew, who she raised since he was nine months old. He is appreciative of the love and care she gave him while growing up.

"We had to have manners. We had to say good morning, good afternoon, thanks, please ... all those things, or else we knew what we would get. If we didn't, she would shake us up," Henry told The Gleaner.

He added: "And it wasn't just about having manners. We had to learn to cook, wash, tidy the house, and all those things, and that really helped us to be good men and women."

"All 10 a dem - including two Chinese - turn out wonderful and dem treat me good now," Fraser interjected.

She is the first of two children for her mother and five for her father, who was a farmer. She grew up in Carron Hall in St Mary, where she said her father owned several acres of land.

Fraser attributes her longevity to the food she eats and being a God-fearing woman.

"I eat rice, yam, vegetable ... all quality food, but I love vegetable because my father used to plant plenty vegetable," the Catholic worshipper said.

It's been 16 years since her husband died. She pointed out that she continues to have a very close relationship with her children and her 90-year-old sister, Brunella Palmer.

The nonagenarian, who broke her hip in 2010, was nursed back to her sprightly self.

"I was going up to the bank at Guy's Hill and me fall down pan de step and lick out me two hip and dem couldn't fix it at Spanish Town Hospital, but the specialist at KPH fix it, and me stay there for two months," she explained.

"Dem even say me move quicker than some people much younger than me," she stated proudly.

One cannot tell that she had a mishap by just looking at her as there is no such indication. Moreover, the eloquent elder is still able to perform her chores.

"Me clean me house meself, wash me clothes meself, me go supermarket and take up me grocery every Saturday. Me pay me light bill and go bank meself ... go do me business," she said with a smile.