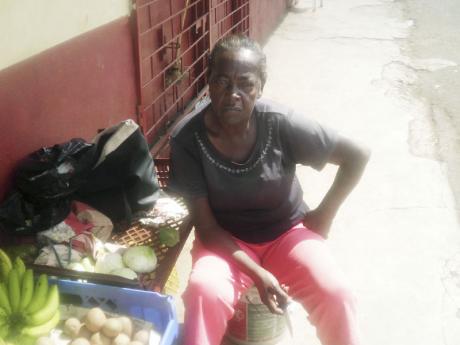 Business is slow in the town of Newport and this vendor is not happy. 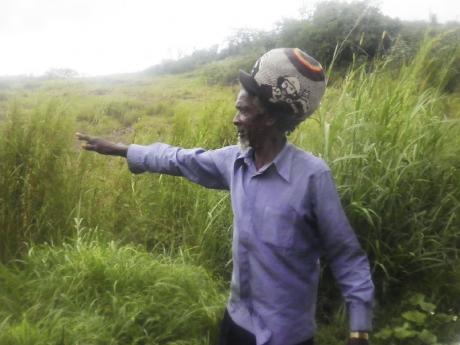 Barrington Daley points to a segment of farmland that has been destroyed due to mining operations. 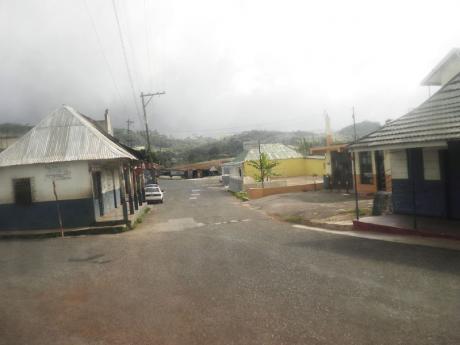 It is early afternoon in Newport but the town seems to be fast asleep.- Photos by Nedburn Thaffe 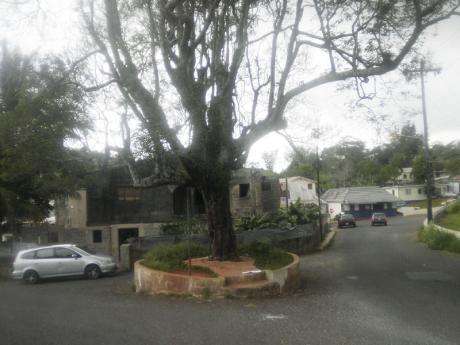 This bus stop is a landmark for the community of Newport.
1
2
3
4

NEWPORT, Manchester: A COMMUNITY surrounded by lush vegetation and mountainous landscape, Newport, which is in southern Manchester, is the ideal place for those longing for a slice of rural Jamaica.

Complemented by a salubrious climate and some of the most friendly people, living is easy in Newport.

"Newport nice man, some geologist came here one time and say Newport carry one of the best climate in the world. Around here, you don't know when it's winter from summer. It constant," boasted 63-year-old Barrington Daley.

Daley was born and bred in Newport. The years spent outside the community, however, are ones he recalled with much pride.

"I used to chauffeur Douglas Manley, the brother of Michael Manley who was prime minister at the time. Dr Douglas was the minister of youth during the same time."

"I started working with him in 1972 and worked for three years as his official chauffeur ... yeah man," the affable dreadlocked man added before taking one step backward with shoulder straightened and chin slightly tilted up, seemingly overcome with pride.

"Me chauffer many people all throughout Jamaica until me retire and decide fi come home."

Recounting his earlier years in the southern Manchester community, the elderly resident admitted that Newport had undergone a lot of changes over the years, most of them not too positive.

At minutes past one in the afternoon, a supermarket, bars and grocery shops in the town are open for business, but there is hardly any activity taking place in this neck of the woods.

"Once upon a time, Newport was livelier than this. We used to have wi market where people used to come and buy, so you would see a lot more people in the town. That shut down now."

"We used to have wi own post office, but that shut down too," Daley said.

Adding that residents have to travel almost a mile to a neighbouring community to collect mail, he said the closure of the post office was as a result of persons losing their mail to thieves.

"Man a break the post office so them affi move it. Now we have to go to Knockpatrick," he added.

Daley is also lamenting the farming prospects in Newport. Apart from its favourable climatic condition and friendly citizenry, a fertile and bauxite-rich soil was among the reasons most persons ventured to Newport back in the days.

Mining used to take place in the community. As it turns out, farmers are now reeling from the effects of that activity.

Huge craters, and poor soil fertility in some areas are the result of the heavy mining operation which used to take place there. Nowadays it is difficult for some farmers to find proper land space to grow their crops.

"Them pollute this a place yah man. Them take out all a the fat out of the land. When you go inna some areas, the most you can plant a little red peas. Nuh even bother think about planting any yam," he lamented.

"One time, all a them land weh you see yah did fat. As you drop anything on it, it used to grow. Nowadays, if you want anything out of it, you have to spend a whole lot a money on fertiliser," Daley told The Gleaner.

But despite the challenges, most residents continue to eke out a living from the ground. Poor soil fertility and limited farming space aside, Daley still believes the community is one of the better places to live.

"Me wouldn't want to live anywhere else. A right yah so me born and grow and is a nice little community you know ... yeah man."