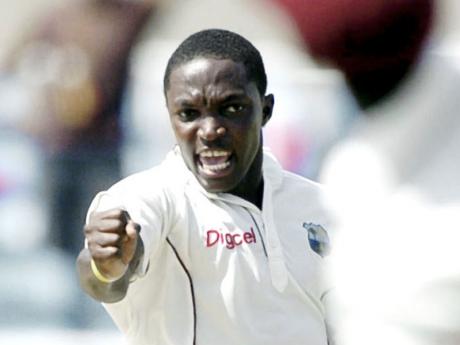 Edwards ... will be a key bowler for West Indies. 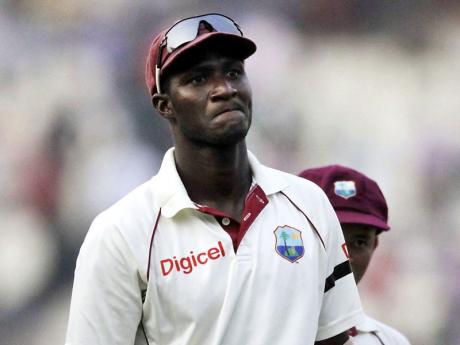 Sammy ... you can see the team is improving. 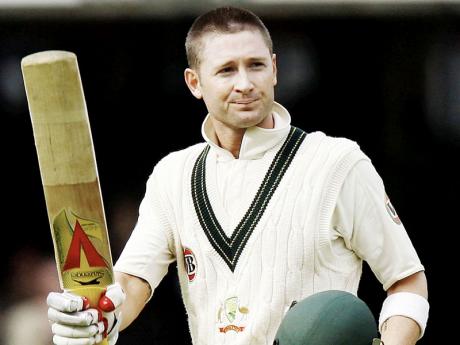 BRIDGETOWN, Barbados (CMC):West Indies will seek to extend their fairytale run in what has been a fascinating series, when they face Australia in the opening Test at Kensington Oval here today.

The regional lads have defied the odds to grab a share of the spoils in the preceding one-day and Twenty20 series, setting the stage for an enthralling three-match Test series.

They came from behind to tie the five-match one-day series 2-2 and also rebounded to tie the two-match T20 series 1-1.

With this momentum behind them, the Windies will be hoping to make a huge impact against the Aussies, who they have not beaten in a Test in nine years.

"If we bring out the same attitude we showed in the Digicel ODIs and Digicel T20Is, we can do well again," Sammy told reporters here at a media briefing Thursday.

"The coach has a goal for the team. ... [He] has stressed on professionalism and you can see the team is improving."

He added: "For me as captain, it's a simple task to get the guys to gel well, play together, and go out there and execute the team plan because the more we think team, the more results we will get.

"The fact we can go out on the field and look like a unit and that never say die attitude, that's been the most important thing. As we saw in the limited-overs games, we've been down less than 100 for five in a few games and still posted over 200."

However, West Indies are aware the dynamics will be different as they will be without key players who made major contributions during the one-day and T20 series.

Exciting off-spinner Sunil Narine is unavailable through his Indian Premier League commitments as are batsmen Kieron Pollard and Marlon Samuels, along with all-rounder Dwayne Bravo.

"The selectors will come up with the best combination they think will give us the best chance of winning, but our bowling combination didn't do too badly over the last year," he said.

"Our batting has to play a crucial role in this series ... the batting has shown that they are capable of scoring runs, so it's very important that the top six get the bulk of the runs - Kirk (Edwards), (Darren) Bravo, Shiv (Chanderpaul), Narsingh (Deonarine) and the young openers (Adrian Barath, Kraigg Brathwaite and Kieran Powell).

He continued: "We hope that they dig in and find a way to score runs, but it's going to take a team effort to pile on the runs against the Aussies."

Not short on runs

Admittedly, the Windies batsmen have been short of runs in recent months. Darren Bravo, the Windies leading scorer over the last year with three centuries in his last eight Test innings, has endured a wretched patch of form.

He scraped together just 48 runs from five innings in the recent one-day series and got only 12 in the first Twenty20.

Returning to Trinidad and Tobago's side for their first class semi-final against Barbados last weekend in an attempt to find form, he failed again with scores of 13 and seven.

The openers will also be a source of concern as well. Brathwaite scored just 90 runs in last five innings for Barbados while Powell, with only one score over 50 in the first-class tournament this year, was dropped from the Windies one-day side after scores of 8, 0 and 12 in the tripleheader in St Vincent last month.

Adrian Barath, however, with a century for T&T last month and good knocks in the last two one-dayers against the Aussies, appears in good touch.

Much will depend on Edwards and veteran left-hander Chanderpaul, while it is hoped that Deonarine will extend his form from the first-class tournament that brought him 582 runs at an average of 44.76.

West Indies bowling will be based around the pace of Fidel Edwards and Kemar Roach, the latter of whom bowled well in the one-day series.

Fast bowler Ravi Rampaul may be short of work, however, with just one match during the first class season because of illness and injury. Leg-spinner Devendra Bishoo may earn the last bowling spot.

With the limited overs series behind them, Sammy said West Indies needed to be patient as Test match cricket required application.

"Three sessions in a day, whoever wins the most sessions will be the more successful," he pointed out.

"In Tests, it only takes one bad session, one bad hour, and your back is against the wall.

"It's going to be a test of mental strength and technique because at the end of the day, Test matches are where everything is put to the test."

Australia will enter the Test on a high after easily winning their three-day match against the WICB President's XI at 3Ws Oval on Wednesday.

There were no outstanding performances but captain Michael Clarke, who missed the limited overs series while recovering from injury, said he and his side were ready for the encounter.

"I'm excited to be back out there. I felt like I hit the ball pretty sweet in the first innings [of the tour match]," Clarke said.

"Like all batsmen I would have liked to make some more runs, I'd like to still be batting now. Hopefully I've saved a few for this first Test match."

Australia on Friday whittled down their squad to 12.