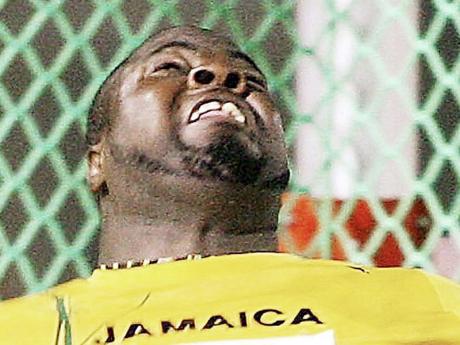 Jason Morgan shattered his own national record of 64.11m when he threw 65.61m to win the discus at the Leon Johnson Invitational Meet at Northwestern State University yesterday.

Morgan, 29, set the previous national record in Monroe, Louisiana, on May 28 last year.

Friday's throw, the third best in the world this year, boosts the former Calabar High athlete's intentions of winning an Olympic medal in the event this summer.

"I've got a medal in London on my mind," he said following his record-breaking throw.

Morgan, who finished 10th in qualifying at the IAAF World Athletic Championships in Daegu, South Korea, last year with a throw of 61.75m, has been improving each week so far this outdoor season. He opened up with a 62.07m throw to win at the McNeese University Cowboy Relays at Lake Charles, Louisiana in early March. Then, on March 17, he hurled the implement 63.82m for another win at the Louisiana Classics.

He said he knew yesterday was going to be a good day.

"Today God showed me how good it is to work hard and be patient. I knew it was going to be a good day because I had two warm-up throws at 67 and 68 metres," said the three-time All American champion while attending Louisiana Tech University. "My opening throw was 63.53m and I was just being safe and I fouled a 67m throw, but it's all good. I know great things are in store."