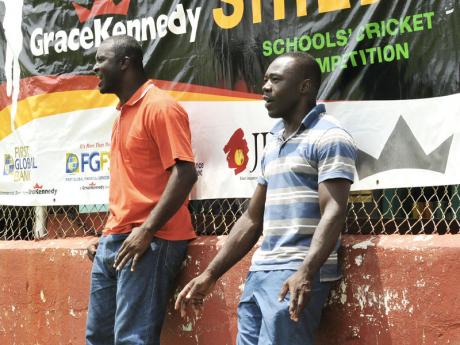 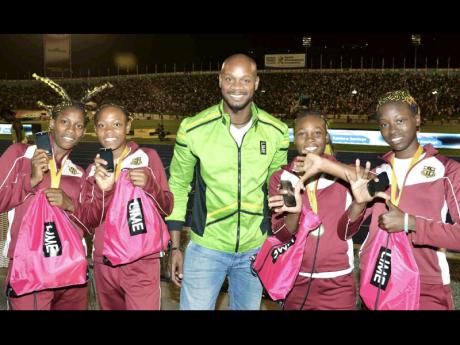 The 2012 Wray & Nephew White Overproof Skittles competition is scheduled to start towards the end of this month with 13 participating teams, including defending champions Eagles.

President of the Jamaica Skittles Federation, Sam Allen, confirmed that among the teams will be an all-ladies outfit - Mystix Lady Strikers - from Hagley Park Road.

The team performed creditably against the men last year with top players such as recently crowned singles champion Pauline Gentles and the runner-up Paulette Barrett.

Allen further stated that the competition will be launched in another fortnight or so, with a dress parade.

Caymanas Track Limited, in association with Cal's Manufacturing, jointly present a Kite Festival and Family Fun Day on the infield at Caymanas Park tomorrow from 10 a.m. to 6 p.m.

Entry fee for the Kite competition is $500, while general admission fees are $300 for adults and $100 for children under 12. There will be gate prizes and free rides all day. Part proceeds in aid of Caymanas supported charities.

Defending champions Power of Faith International will this afternoon be aiming for their fifth hold on the Delford Davis Trophy for excellence, when they take on Old Harbour New Testament in the final of the Power of Faith Ministries Twenty/20 Church Cricket League at the Bridgeport ground. Match time 1:30 p.m.

In their only meeting of the season, PFM International defeated Old Harbour by three runs. In-form allrounders Junior Stewart, Peter Harrison and Glen Wellington, a wicketkeeper/batsman, will lead the champions' charge, while power hitters Devoy Smith and André Henry will hope to put Old Harbour in a winning position. PFM International are seeking their fifth hold on the trophy in seven years.

The final will be preceded by a third place play-off between Bethel Born and Power and Light Ministries.

Westchester and Hellshire United will come into today's second leg semi-final matches against rivals Westport and East Portmore Portals with the advantage, at the Passagefort playing field.

Westport have a two-goal cushion over Westport and play their opponents in the second game of a double-header at the venue at 3 p.m. Westchester will start favourites as their potent attack of Lusheng Davis, Dane Thomas and Orlando Bryan is expected to give the Westport defence a tough time.

In the opening game at 1 p.m., Hellshire United will take a 1-0 lead in their encounter againstEast Portmore Portals. Hellshire will have to contend with goal poachers Rohan Grant and Rohan Cato, while Portals will depend heavily on their leading marksman, Keino Walker, who has scored 10 goals this season.

Old Harbour Bay United came up trumps as they defeated arch-rivals Travellers FC 2-1 in a tough encounter at the Old Harbour Bay playing field, to qualify for the semi-finals of the LIME St Catherine Football Association Division One league last Sunday.

With the win, Old Harbour Bay progressed to 26 points, and joined preliminary round top team Upfront United (30 points), second-place Albion United (27 points), which ended the preliminaries with a 3-1 win over Benbow United, and third place Flamingo (27 points), which lost at their home field, Gordon Pen, 3-2 to out-of-contention Waterford.

The loss was a disaster for Travellers, which is one of the most talented teams in the competition and will have to wait another year to see if they can move to the higher league. The two finalists will move on to the Major League.

Christian Pen snatched the fourth and last semi-final spot in the LIME St Catherine Football Association Major League, after they came from behind to defeat Black Lion 2-1 last Saturday. With the win, Christian Pen moved to 29 points and safely into the next round.

It is now back to the drawing board for Portsmouth as their season has ended. They had a mathematical chance of advancing to the next round, but they needed to win against DB Basovak and hope that Christian Pen lost their match, none of these scenarios happened.

St Catherine teams stayed on course for a clean sweep of the semi-final spots when Royal Lakes joined the runaway train carrying Rivoli United and Meadows as the confirmed teams.

Royal Lakes had a crucial 1-0 win over parish mates De la Vega to move to an unassailable 25 points as the second qualifier from Zone A. It means New Green, despite having two games in hand, can only possibly reach 24 points.

An interesting tussle looms between Newland of St Catherine and Super Action of St Elizabeth for the fourth qualifying spot. Newland moved to 20 points after defeating Spartan 3-0, while Super Action gave themselves an outstanding shot at the semi-finals using Jevaughn Mitchell's goal to spur them to a 1-0 win over Meadows.

The result continued Super Action's amazing purple patch since they have drafted in former members of the St Elizabeth Technical High School daCosta Cup squad. They will need to win their final match and deny the St Catherine sweep, providing Newland draw or lose.

Last weekend was also remarkable for Rivoli, which stretched their lead to 12 points with a 3-0 win over Bodles. Among the scorers was their emerging young star, Jeremy Nelson, who got his fourth goal in as many matches.

Porus were confirmed as the third, early qualifier for the semi-finals of The Captain's Bakery & Grill-sponsored Manchester Major League football competition.

Comfort (17 pts) and Villa United (15 pts) are battling for the fourth semi-final slot.

Zones take shape in Manchester U-17

It is still early going in the Power Services Limited Manchester Under-17 football competition, but some zones have begun to take shape. Mile Gully Youth, comprising mainly members of Manchester High School's Under-16 squad, lead Zone B with six points from two matches. Cross Keys and Georges Valley follow with three points from one match.

Flava lead Zone A with four points from two games. Defending champions Studds, as well as Porus, are yet to play a game.

Comfort and Kendal have the early lead in Zone C - both recording one victory each. It is a similar case in Zone D where Hillstars and the second entrant using the Mile Gully name, Mile Gully FC, have scored an opening win.

The Power Service-sponsored Manchester Division Two nears its quarter-final stage with most of the eight teams across four zones confirmed.

Zone D is sewn up with Royal Flat and Grey Ground unstoppable. Royal Flat lost 1-2 to neighbours Land Settlement, but lead the zone on goal difference over Grey Ground, on seven points. Grey Ground have played one game less and could end as zone winners.

Zone B qualifiers are Alligator Pond and Plouden. Alligator booked their spot with a 3-0 win over Tri-Star. Plouden are on six points with one game in hand.

Cedar Grove have been confirmed from Zone A, boasting seven points from three games. May Day and Greenvale, both on three points, will battle for the remaining slot.

In Zone C, Hasty Good, with six points from two matches, are assured of a quarter-final spot as the next two best placed teams, Allied and Flava Youth, have four points and have played one more match.

Jamalco stay ahead in Clarendon

Following a 1-0 win which took them two points past New Bowens, Jamalco defeated Original Hazard 2-0 on Monday. In both victories, one of their key players, Roshane Sharpe, scored.

New Bowens suffered an extraordinary slip from the top, losing 2-0 to York Town. The loss was remarkable since York Town have for weeks lingered at the bottom of the standings. In 12 previous games, York Town had only mined three points from three draws.

Four Paths also climbed up the standings, their 4-2 win over Gimme-Me-Bit taking them to second spot on 30 points.

Appleton joined Black River as the early qualifiers to the semi-finals of the Wray & Nephew-sponsored St Elizabeth Major League football competition. Appleton first stunned Black River 2-0 in a mid-week fixture, before blasting Parrottee 4-0 to move to the safe territory of 39 points.

Last weekend, three teams amazingly recorded 2-2 results. Black River dropped points in a 2-2 draw with Braes River, but still lead the semi-final race by three points, while Tafari Lions moved to 31 points and third place with their 2-2 result against Mountainside. Semi-final contenders Newell (28 pts) and Vineyard featured in the other 2-2 scoreline of the weekend.