Doctor's Advice: Am I still a virgin? 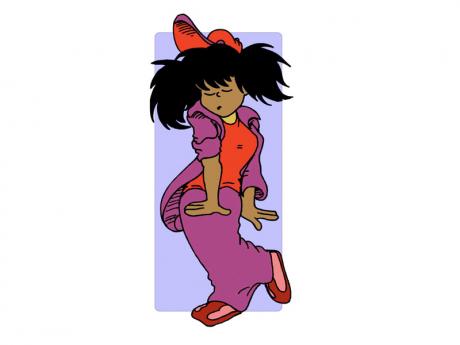 I am a girl of 17, and I have always intended to keep myself pure. But last week, I went to a party and was given a drink which was stronger than I thought it was. As a result, I found myself alone in a bedroom with a boy and let him penetrate me, though only for an inch or so. After that, I made him stop. Doc, I deeply regret what happened. But what I want to know is this: Am I still a virgin?

Traditionally, the law regards any kind of contact between the penis and the vagina as being sexual intercourse. Therefore, you have now had intercourse. And thus, you are no longer a virgin.

However, if you are correct in saying that the young man only penetrated to a depth of 'an inch or so,' then it is possible that your hymen is still intact. The hymen is the thin membrane across the lower end of the vagina. It is sometimes known as 'the virgin's veil'.

If your hymen is still there, then you do at least still have the appearance of virginity.

Turning to other matters, please understand that even that slight depth of penetration could be quite enough to give you a sexually transmitted infection. If you have any symptoms that concern you, please check with a doctor.

Also, even that minimal degree of penetration could possibly be enough to get a girl pregnant, especially if the guy discharged. So let us hope that your next menses arrive OK.

Finally, your story is a warning to other girls about the dangers of drinking! Alcohol lowers a girl's willingness to resist sexual advances. And many young men are well aware of that fact. So please take more care of yourself in future.

I am male, aged 21, and I am considering having sex with a girl for the first time in my life. But please tell me, Doc, would a condom give me complete protection against STIs?

No, it won't give you complete protection. But the condom does protect you very considerably. That is because it is very difficult for germs to get through the latex material of the device.

I am in my early 20s, and have been having a problem with my body odour since I was in my teens. My armpit smells really high, and I can't seem to know why. I bathe regularly and use deodorant, and I still have this smell. Tell me what to do, because I am frustrated. Thank you.

Sorry to hear about this. It is a common problem in both young men and young women.

First thing to say is that it's most unlikely that you have any medical disease. It is just a fact of life that a lot of folks produce too much perspiration, particularly in the armpits. This sweat smells worse if it is allowed to 'hang around' on the skin for any length of time.

So it is a good idea to 'clean up' those armpits whenever you can. I had a patient who always carried alcohol-impregnated paper tissues, and who used to go to a restroom once every hour, in order to 'swab away' all perspiration. This worked well for her.

All those who have underarm perspiration problems should ask their local pharmacies for products, which have two qualities:

These are not the same thing. Deodorants are, as the name implies, chemical agents which are intended to reduce or mask smell. They often contain pleasant fragrances.

Anti-perspirants, on the other hand, are designed to reduce the amount of sweat produced by the skin. They do this by 'plugging up' the sweat ducts, which are little holes in the skin.

Many anti-perspirants contain aluminium. This is OK for most people, but some folks are allergic to it. On the Internet, there is a persistent story that anti-perspirants cause breast cancer, but this does not appear to be true.

Summing up, you should ask your pharmacist to sell you a product which is both a deodorant and an anti-perspirant. I recommend that you carry it with you, and use it every two hours or so. Also, after applying it, it's a good idea to put on a little talcum, which helps to keep everything dry.

The above measures will assist the vast majority of people to remain odour-free. However, a very small number of males and females find that their 'BO' is not controlled by these techniques. In such cases, it's necessary to seek medical help.

Regrettably, doctors do not have safe and readily available drugs which can banish the problem of body odour. But there are surgical operations which can be real helpful. In particular, there is a procedure in which the surgeon removes the entire skin of the armpit, so that there are no sweat glands left there. That operation is very effective, but I have seen patients who experienced a lot of post-operative pain. I would regard this operation as a last resort.

Fortunately, there are now newer developments of that operation, including one which is done with a laser. You can find details on the Internet.

I am a man, and I have probably got piles. So I have to have a rectal examination by a doctor next week. Frankly, I am very scared. Will it hurt a lot? Also, is there any danger that I will enjoy it and develop homosexual tendencies?

Firstly, a rectal exam scarcely hurts at all, especially if you are relaxed. Secondly, I have never met a patient who actually enjoyed such an examination.

Thirdly, there is not the slightest chance that it will give you homosexual inclinations. So quit fretting.

Could I safely have sex with my fiancé during the later days of my period? He says I could not possibly get pregnant at that time. Also, if I did become pregnant, would the baby be abnormal?

Let me dispose of that myth first of all. Some people still believe that if you have sex during the menses, you will get a 'red child'. That is simply not true.

Intercourse during the later days of the period can sometimes cause pregnancy, but the risk is certainly low.

No, you haven't. This puffiness is called oedema (pronounced 'uh - DEE - mah'), and it is just due to fluid leaking into the tissues, following prolonged friction.

It will go away after around a week. I suggest you avoid sexual activity during that time.