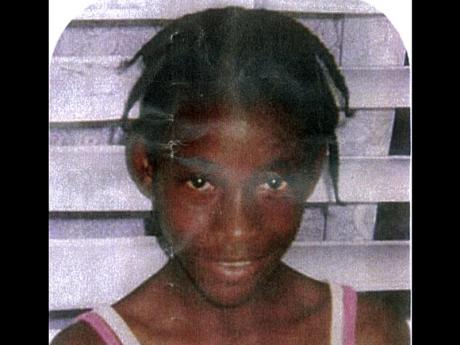 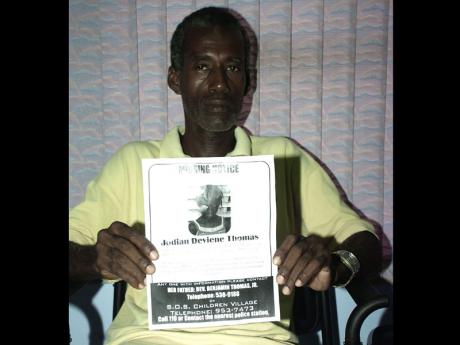 Benjamin Thomas holds up a missing person poster of his daughter, Jodian Thomas, who has been missing since March 23.- Photo by Christopher Thomas
1
2

WESTERN BUREAU:Pastor Benjamin Thomas of Montego Bay, St James, is anxiously seeking the public's help to locate his 17-year-old daughter, who has been missing since March 23.

Jodian Deviene Thomas, a student of the Anchovy High School and resident of the SOS Children's Village in Barrett Town, St James, went missing during her school's morning shift around 7:30 a.m.

Jodian is of slim build and dark complexion. At the time of her disappearance, she was clad in Anchovy High's uniform of a yellow blouse, light-brown skirt, and a brown tie with a yellow stripe.

"Based on the information received from the SOS Children's Village, Jodian went to the house mother and asked her for the dorm keys, went into the dorm, and took her belongings and left the compound," Thomas recounted.

The father pointed out that his daughter had never gone missing before, and that they have a generally good relationship. He expressed a strong wish for Jodian to come home again.

"The last time I spoke to my daughter was the Friday before she went missing. I was telling her that I want her to forgive me if I have done her anything wrong, and to not have me up in her heart, but to forgive me. That was the last conversation I had with her," Thomas told Western Focus.

"There was some mis-understanding between us because she was in the SOS home so long, and she had some questions she needed to be answered, and I was trying to answer them for her. Instead of leaving her in the dark, I just said that if there's anything I've done, don't blame me, just forgive me."