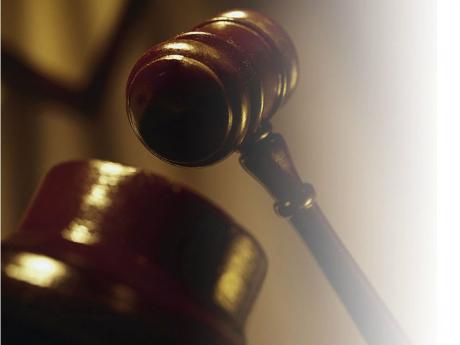 WESTERN BUREAU:A land feud that resulted in a father and son assaulting each other did not abate in time for the court hearing in the Montego Bay Resident Magistrate's Court on Monday.

Leroy Cummings and his son, Richard, of Rhyne Park in St James are charged with assaulting each other. They were previously before the court on February 20, although the allegations of the matter were not disclosed at that time.

The court was told that the two have been in a long-standing dispute over a house and a piece of land in Rhyne Park, and that the son had taken out a protection order against his father.

When the matter was mentioned on Monday, only the younger Cummings was present. Efforts by the court to contact his father by telephone proved futile.

Young Cummings revealed to the court that he had been given a notice by the Family Court for his father to attend a hearing there on the same case. However, he said that relations between the two had deteriorated so much that he was afraid to even slip the note under his father's door.

"It must be very difficult to be estranged from your parent. The deeper the bond, the more bitter the fight," Resident Magistrate Vivienne Harris remarked.

Meanwhile, the prosecution revealed that a copy of the younger Cummings' medical certificate was on file, as the original had been lost at the police station, and requested four weeks to complete the case file.

The matter was set for mention on April 30, while a bench warrant was ordered for the senior Cummings. It is to be executed if he fails to appear on the next court date.

WESTERN BUREAU:A Montego Bay man accused of stealing tools from a construction site was remanded until his criminal records are brought before the court.

Radcliffe Barrett, who is answering a charge of simple larceny, was not pleaded when he appeared in Montego Bay Resident Magistrate's Court on Monday.

The prosecution requested an adjournment as the case file was still incomplete and the investigating officer, who was in the courtroom earlier, had fallen ill.

The judge ordered that Barrett be remanded until his criminal record was presented to the court, as she was certain he had a previous record for larceny.

Barrett was ordered to submit his fingerprints to the police, and will be brought back to court on April 17.

Allegations are that on March 21, a security guard on duty at an unfinished building on Orange Street in Montego Bay noticed two men entering the premises. Moments later, they were seen leaving with a sander and a saw.

The guard allegedly gave chase and managed to catch Barrett, following which the accused was arrested and charged. However, the stolen tools were not recovered.