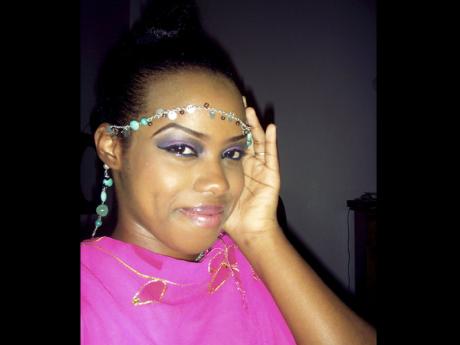 The ambitious teen first tried her hand at singing. But it was not until she realised that the social media site YouTube offered an avenue for her to showcase her make-up artwork that she decided to make the pivotal shift.

"I always loved being on YouTube, and one day I started uploading songs I had recorded. Then I discovered that YouTube could showcase a wide variety of sections for nails, hair, and beauty," shared Jay-Ann. "At this point, I deleted my songs and started promoting my make-up artwork."

Being a part of the cosmetic industry, she acknowledged, is not as pretty as the make-up being applied as it is filled with challenges and people who are intent on always criticising your work.

"I've discovered that some persons will discriminate [against] and hurt you, even when you are doing your best. This criticism has not only helped me overcome my fears, but also has made me a better a make-up artist," she stated confidently.

Makeup by JayAnn caters to both males and females attending any event. She admits that her drawings are mostly dramatic and fierce, depending on the look her client requests.

In her downtime, if she is not trying to perfect her make-up skills, Jay-Ann is busy listening to Tanya Stephens, or writing music.

Operating under her slogan 'Put Your Best Face Forward', she confirmed that her ultimate career goal is to become a criminal lawyer, but said there was nothing wrong with being a lawyer and a make-up artist at the same time.

"I am a person no longer afraid of what others may think about me. My mother inspires me, not only because she was a professional make-up artist in her earlier years, but because she is a very strong woman and has faith," Jay-Ann concluded. "No matter what she goes through, she never loses faith. That is what motivates me most."