Objects From the Past 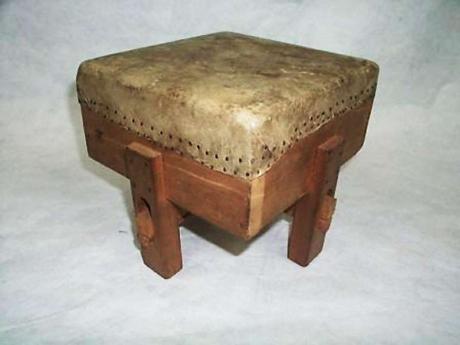 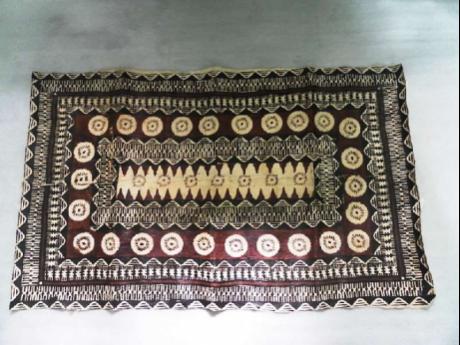 Jamaica has a rich history and as we
celebrate 50 years of Independence, we take a look back at how we got
here. With the kind assistance of the Institute of Jamaica, 'Objects
from our Past' will highlight a total of 50 objects which are part of
the Institute of Jamaica's collection. Today we feature two of these
Objects from our Past. Check this space next Sunday for two more.

The Adinkra cloth is traced to the Ashanti people of Ghana. It is a hand-printed fabric with symbols that transmit a message of the wearer's thoughts and feelings. It was originally used during mourning, but is now used more widely for clothing. The prints are made by carving the designs into calabash and stamping the cloth after dipping into bark dye. It is not washable until it has been exposed to light and air for at least a year.

Drumming is an important aspect of Maroon culture and the gumbeh is one of the main drums used. It is a single-sided square drum on legs built with a smaller drum hidden inside called 'The Inner Baby'. The gumbeh is played with the hands and is used during ceremonies accompanied by other Maroon drums. It functions as the 'cutter' in traditional drumming where it cuts across the regular rhythm played by a cylindrical drum.