Doug Gore in his Audi TT leads David Summerbell Jr, who was driving a Mitsubishi Evolution 8, during the 'Independence of Speed' race meet at Dover Raceway last year. - Contributed 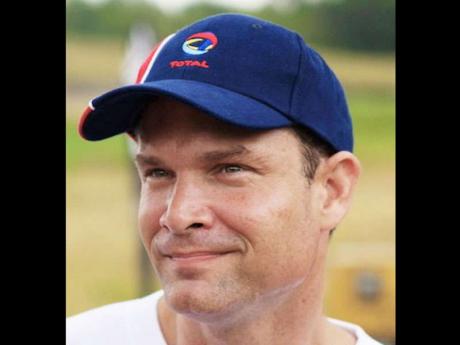 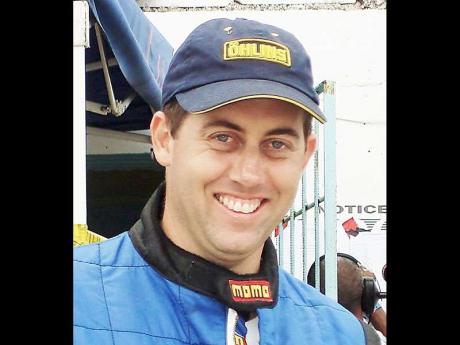 Thousands of diehard motorsport fans are eagerly awaiting tomorrow's start of the MP4 and Thundersport events, at Dover Raceway in St Ann, where Doug Gore and David Summerbell Jr, will renew their rivalry. It is the second race meet of the season and has been dubbed the 'Carnival of Speed' Easter Monday race meet.

Like the other competitors in the respective classes, Gore and Summerbell have been working feverishly to complete the assiduous task of getting their cars ready. The day has now come and, with pride at stake, both are expected to deliver another awesome performance.

Since acquiring the Audi TT early last year, Gore has been defeated twice by Summerbell, but he levelled the score by year end. Now Gore will be put to the test by Summerbell's 'super fast' Mitsubishi Evolution 8.

"I will be doing all my talking on the track. We are coming all out to take back the track record," a confident Summerbell told Automotives.

But a cool-headed and smiling Gore was not perturbed by Summerbell's comment. Instead, he was more concerned about an amendment to the rules and regulations, by Dover's Technical Committee, as it relates to the various built cars competing in the MP4 and Thundersport events.

In the case of Gore, he will now have to add 50 pounds to his, while Summerbell has been asked to remove 50 pounds from his car.

"This is to ensure that there is a balance in lap times, for the various built cars," a member of the technical committee explained.

"No, this has not dampened my spirit," said Gore, who stressed that he will be coming from all angles to defy the odds.

Responding to the amendment of the rules, Summerbell said for this meet, he will not be able to shed the 50-pounds from his car, because his preparation has already been completed.

While Summerbell and Gore will be watching each other, the 2011 Driver of the Year Kyle Gregg, will be on their bumper, waiting to pounce, at the slightest mistake, to upset the apple cart.

Gregg's chances will depend on the readiness of the veterans like Peter 'Zoom Zoom' Rae. There are reports that Summerbell has been equipped with a 2.3 litre AMS engine, sequential gearbox, upgraded brakes and a possible new aero package. Meanwhile, Gore has been fitted with a new wide body kit plus a new gearbox with ratios suited for the challenging terrain.

Defending Champion Kyle Gregg, has one major goal and that is to defend the titles he won last year. He will have to contend with Teddy Burton, Alan Chen and company.

In motorcycle action, bikers Adrian Blake and Norman Chung have been seen practicing at the track in recent weeks, and this popular section of racing should have good representation at the Easter Carnival. The man who they will have to beat is Stephan Chin.