Solutions for commercial construction in the capital markets 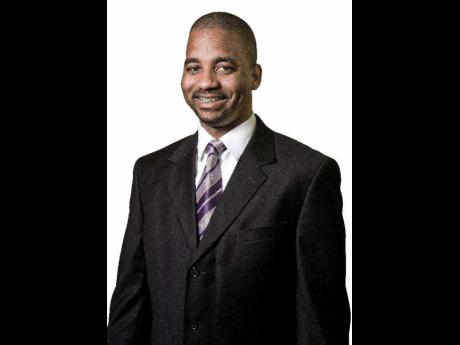 Even as local realtors note that demand for commercial real estate is now resurgent, companies which want to acquire production or operating space without owning brick and mortar are turning to local capital market firms for solutions.

Steven Gooden, vice president of investments at NCB Capital Markets, says his firm was looking at structuring a deal similar to the build-own-lease deal arranged for the fourth of the MegaMart stores by rival Scotia Investments.

"In terms of investment banking, we are currently exploring a particular project that features a similar structure. Also, NCB Insurance, in its capacity as pension fund manager, has explored such transactions in the past. I know of two buildings done in recent times using a similar approach."

Scotia Investment had touted its deal not as the first, but the first for a megastore.

The investment firm however has been cagey about the details, including who are the equity investors in the Mandeville property where the store will be sited, as well as the company used as the vehicle to hold the asset.

MegaMart owner Gassan Azan said Thursday that he has put up no equity under the deal, neither in the construction phase nor as investment in the structure to be built.

These types of deals, said Gooden, free business operators from having to
leverage up in order to expand.

The move to structure
real estate financing through the capital market is taking off at a time
when land suitable for redevelopment become increasingly scarce and
owners are reluctant to sell.

"What investment
companies sometimes do is bring the capital markets aspect of the
transactions to the fore. With institutional investors such as pension
funds needing assets with good yields in this low interest rate
environment, and corporate companies opting to have leaner balance
sheets, I expect more projects of this type," said
Gooden.

"Transactions funded in this way are
essentially variations of the project finance approach. Notwithstanding,
it may be a useful approach to take in appropriate circumstances
because it enables clients to complete projects without taking on the
burden of debt," Gooden continued.

Berisford Grey of Scotia Investments said that
the BOL arrangement might be considered by companies that would like to:
unlock the value in real estate that they own ; reduce the use of
leverage or debt financing as they expand; diversify funding sources and
raise long-term financing which might not be readily available in the
debt market; and free up cash resources to be allocated to core business
rather than tying capital in real estate.

Azan will
lease the store and operate it under his MegaMart brand once it is
built. Construction will be launched on April
11.