Illusions of competition in electricity sector 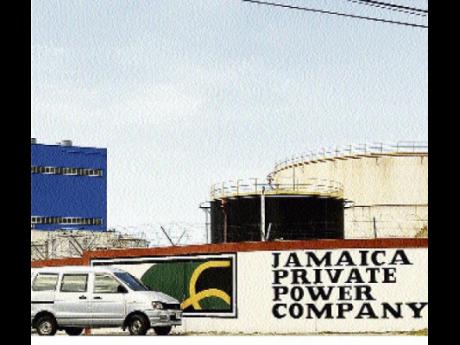 The Jamaica Private Power Company in East Kingston is one of three independent power producers that assist in boosting the national grid. - Norman Grindley/Chief Photographer

IN THE past two and a half decades, countries all over the world have sought to pursue the restructuring and introduction of competition into the electricity sector. In general, this has been prompted by the view that state ownership of utilities as well as the absence of competition, whether for privately or publicly owned utilities, invariably results in excessive costs, low service quality, poor investment decisions, and lack of innovation in delivering service to customers.

Furthermore, as has been the case in virtually every other sector of the world economy, rapid changes in technology, have created opportunities for new industrial structures capable of delivering electricity at lower cost. New technologies have impacted the generation of electricity and the computing systems used to meter and dispatch power. Customers, especially those with low levels of demand, have benefitted globally through innovations in electricity generation and customer service delivery. Unfortunately, in countries where profits are guaranteed, regulation is weak or competition is minimal (or non-existent) the electricity sectors have been slow to adapt and exploit these technological opportunities.

Several models of competition and industry restructuring have emerged in the past two decades. Respective country approaches usually involve one or more initiatives drawn from a portfolio of recommended practices and typically deployed on an incremental, progressive basis. Some of these include:

b) Vertical separation of potentially competitive segments (e.g. generation, marketing and retail supply) from segments that will continue to be regulated (distribution, transmission, system operations);

c) Horizontal restructuring of the generation segment, to create an adequate number of competing generators to mitigate market power and to ensure that wholesale markets are reasonably competitive;

d) Designation of a single independent system operator to manage the transmission facilities and network operations, schedule generation dispatch on merit, and maintain the physical integrity of the power network;

e) Application of regulations and supporting network institutions (such as wheeling) to promote efficient access to the electricity grid by large buyers and sellers of power to encourage competition.

So what has been the Jamaican experience? By the early 1990's, the conditions were ripe for privatisation and competition. Strong evidence of this was exhibited in the frequency of power blackouts, poor power quality, government's inability to fund the much needed expansion in capacity and the existence of artificial subsidies owing to repeated deferred tariff adjustments.

Prompted by the International Monetary Fund and World Bank's insistence, the Government briefly flirted with the idea of vertical separation. In fact, the administrative process of unbundling the generation component of the company from transmission and distribution was initiated at the Jamaica Public Service (JPS), but was abruptly halted. The Government had abandoned vertical separation and was of the view that the company should be privatised as an integrated whole.

Even before the privatisation process got off the ground a massive explosion at the Old Harbour Power Station, in June 1994, that took out 68.5MW of baseload generating capacity resulting in blackouts being the order of the day. The crisis it precipitated then forced the cash-strapped Government to embark on the horizontal restructuring of the sector. This allowed Independent Power Producers (IPPs) to build, own and operate generation plants selling the energy to JPS, the sole supplier of electricity. This move saved the government the headache of financing additional capacity. Over the period 1992-1996, Jamaica saw the introduction of three IPPs on the grid (JEP 72MW; JPPC 60 MW and KES 42 MW).

In 1995, the Government put its plans for privatisation on hold after two top bidders in a competitive process failed to reach an agreement with the Government. The Government indicated that the sale did not go ahead because, among other things, the offer price was too low and the tariff path too high. It instead opted for a performance contract with the management of JPS, which even with severe financial constraints delivered reductions in system losses and improvements in the quality of service. It is worth noting that in anticipation of reform in the sector, the Office of Utilities Regulation (OUR) was established in 1997, to preside over the orderly development of the industry.

The urgency to privatise JPS returned in 2000. On this occasion it was carried through on a sole placement basis with the sale of 80 per cent of the integrated utility to Mirant of Atlanta in 2001. The Government kept and still has 20 per cent of JPS' equity.

Today, JPS accounts for 75 per cent of the island's generating capacity with the IPPs making up the rest. Since 2001, the company's ownership structure has also changed, with Korea East-West Power and the Japanese Marubeni Corporation jointly owning 80 per cent of the shares initially acquired by Mirant.

Assessment of reform to date

So whether by design or by force of circumstances, reforms in the Jamaican electricity sector have proceeded along the path of two of the recommended guidelines i.e. privatisation of state-owned electricity monopoly, and introduction of horizontal restructuring with IPPs operating in the wholesale electricity segment. How has the sector fared as a result of these initiatives?

In relation to privatisation, conventional wisdom; and most economists, suggest that privatisation of state-run enterprises accompanied by effective performance-based regulation, should yield reduced costs and improved service quality. But, this has not been the Jamaican experience.

A recent study by the Jamaica Productivity Centre (JPC) ranks the JPS distribution operations among the least efficient in the region for total distribution losses, non-technical losses and reliability; and places JPS in the group with the highest electricity prices, gives lie to this notion.

The fact is that since privatisation in 2001, the average price of electricity has moved from 14.9 US c/kWh to 42 US c/kWh. Admittedly, there have been substantial increases in oil prices but the near tripling of electricity rates is staggering. Under a performance contract prior to privatisation the management of the company reduced system losses from approximately 19 per cent to 16.8 per cent. Today, losses stand at about 22 per cent.

Furthermore, with JPS winning a bid, in which it was the only bidder, its mono-poly power is set to increase when it installs another 360 MW of capacity. Consequently, by 2014 the company's installed capacity will move from 75 to 85 per cent.

It appears, from the JPC study, that more diligent regulatory oversight in setting effective performance targets and monitoring compliance is required to yield the desired outcomes.

In relation to competition in generation, the current Electricity Licence (2001) makes provisions for the addition of generation capacity on a competitive basis. In theory, this mechanism can serve to:

i. deliver the best combination of price and technology;

ii. minimise the concentration of generating capacity in a single ownership structure thereby minimising the exercise of monopoly power;

iii. facilitate economic use of generation facilities, whereby, the most efficient operating plants will be employed resulting in the minimum cost of fuel;

iv. decoupling of generation from transmission and distribution, through strict adherence to competitive bidding over time.

There are several reasons why reform might not have lived up to expectations in Jamaica. First, the multiple objectives might have been better served if privatisation in 2001 had gone the route of the competitive bid process than by way of negotiations with a single company.

Second, contracts with IPPs have been negotiated with the threats of blackouts looming in the background. Consequently, the price and technological outcomes has not favored the Government or the consumer in the long-run.

Third, the Government's continued involvement in determining the choice of fuel sources and protracted delays in fuel supply decisions have perpetuate the use of expensive fuel and the purchase of suboptimal generation plants.

Fourth, there are shortcomings in the current electricity licence, peculiarly the provision which allows the licence holder to participate in the competitive bidding process, as well as flaws in the generation procurement procedures administered by the OUR. This explains why JPS emerged as the sole bidder in the most recent cycle, and has been now awarded the licence to add the next 360MW of generation capa-city, further diluting the competiveness of the sector.

The overriding goal of electricity reform is to create new institutional arrangements for the sector that provide long-term benefits to society. Reform should lead to healthy competition that provides better incentives for controlling construction and operating costs of new and existing generating capa-city. Furthermore, it should create mechanisms that shift the risks of technology choice and operating "mistakes" to suppliers and away from consumers.

There is no denying that the electricity sector in Jamaica has undergone reform. However, it lurches uncertainly ahead under the illusion of competition and unfortunately, the end consumer will continue to bear the weight of the burden of high electricity prices for now and the foreseeable future. It is clear that reform, in and by itself, is not sufficient to deliver the benefits of lower prices and better service.

Indeed, given the nature of the industry, ill-advised or improperly sequenced reform decisions can lead to long-term adverse effects that are difficult to recover from. A proper vision of the future state of the industry, a consistency in political will, accompanied by effective impact assessment and decision-making mechanisms are all critical to the sustainable long-term good of the sector and the country at large.

Contributed by the Energy Think Tank at the University of the West Indies, Mona. Send comments to columns@gleanerjm.com.