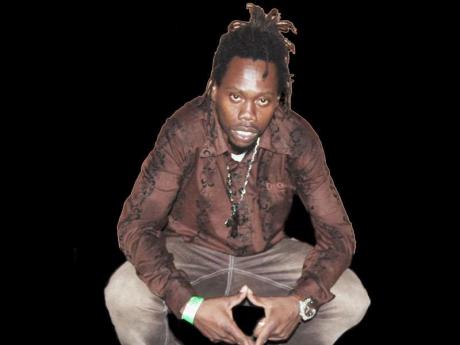 Ever since he abandoned the Knox Teachers' College for the Push Hitz Records studio, Tatah Blacks has been on a never-ending campaign to make his music known worldwide. Born Terrence Tedroy, Tatah Blacks left all hope of becoming a teacher behind when he decided to follow his dreams and do music professionally.

Of course, his decision was met with flack by his family members who were all counting on him to make something of himself, but nevertheless, the singer was not discouraged.

He has since the age of 18 been hard at work trying to make a breakthrough and prove to all that his decision was worthwhile.

"I had to do what I had to do. When I left teachers' college it was one of the hardest decisions of my life, knowing that there was nothing sure for me in music. But the love that was there for music was too great, so eventually I gave in," said Tatah Blacks.

However, his entry into music was not particularly smooth. At first, he began to MC at a few community events and even played on sound systems as a selector before he realised his true love was becoming a musician.

In 2009, while performing at a stage show, Tatah Blacks met Delano Smith, a producer at Push Hitz Records.

After hearing his unique tenor voice and his catchy lyrics, Delano introduced Tatah to Desmond Hepburn, the executive producer of the label and Clinton Jones, the label's road manager.

They listened to a few of his demo tracks and decided to sign Tatah Blacks in March 2010.

With a number of songs such as I Nah Give Up, Pagan Dem, Money and Let's Go Party to his credit, Tatah Blacks has been focusing on making positive music and has aspirations of becoming one of the greatest singers Jamaica has seen or heard.

"What I did got a lot of criticism from my family so I have to be working hard to one day be able to redeem myself and prove to them that I am not an idler, I have been working hard doing what I love," said Tatah Blacks.

Among his musical influences are the founding fathers of reggae music who he aspires to be like.

In a few years, he hopes to get his breakthrough and introduce his brand of reggae to the world.

He wants to inspire and teach reggae lovers over the globe through his songs.