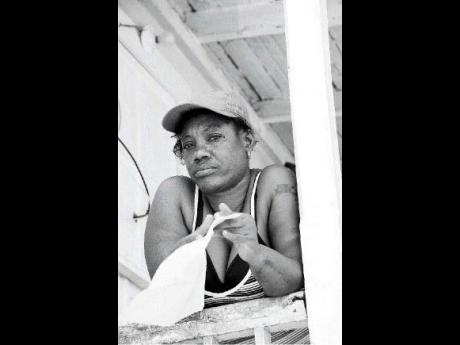 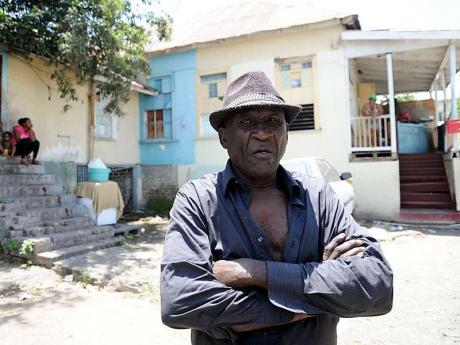 Canute 'Preacher' Pinnock begs for mercy as he faces eviction from the place he has called home for 20 years. 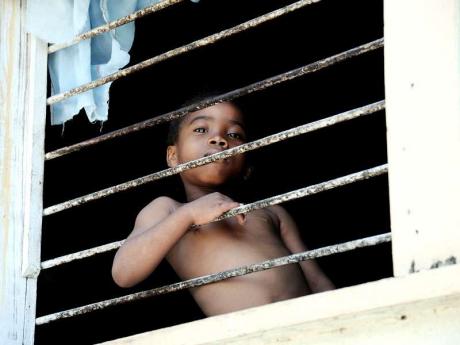 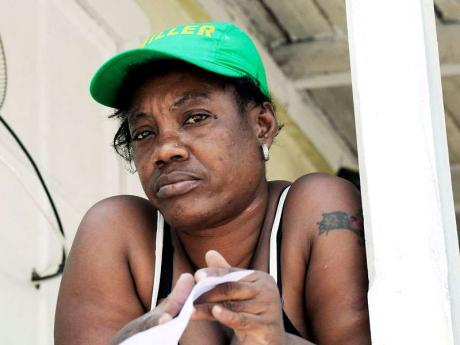 Nearly 50 persons, including 21 children and several elderly, are staring eviction in the face from the only place they have called home for years. The residents of a property at 87 Beeston Street in downtown Kingston have been given 90 days by the National Land Agency (NLA) to leave or be kicked off the premises which once housed the Rent Board and the Traffic Court.

"We were in the process of doing some cleaning up one day when a man came through the gate and caused everybody to freeze after he told us that he was here to give us notice," one resident told The Sunday Gleaner.

The resident said to the best of his knowledge no one at the premises had ever been written to, or told to leave, prior to the eviction notices being served.

Now they are pleading for mercy.

"We have no rights here and we are only squatters here but what we are saying is that we are still human beings and we are saying that squatter or no squatter, we still have life. We are expecting and pleading for some mercy," declared Canute Pinnock, who has lived at the premises for some 20 years.

"I am thinking that we should get justice and while you cannot fight the person for what he has, we deserve consideration. I accept that what is owned by somebody is his and he has rights to it," added Pinnock.

According to Pinnock, he was one of the first persons to move into the premises after the state agencies closed their doors.

He said after the courthouse was closed, there was nobody there to take care of the property so he was one of two persons asked to live there and prevent people from scrapping the building.

Since then, he has lived at the premises rent free and has nowhere to go when he is evicted.

"I know that from you are a squatter that you have no power, you have no resistance and nothing to show, so what I'm preparing for is the day of execution to come," said Pinnock, who is known to the residents as 'Preacher'.

"I believe that justice is to know that the people are poor and don't have it but they need help.

"We are willing and over willing to relocate but we are among the living and we want some mercy from the State," added Pinnock.

He was supported by another resident who was adamant that she moved her family to the premises because she had nowhere else to go.

"I don't have a freeness mentality and I am willing to pay what I can," said Jacqueline Smith, as her young children looked on.

The eviction notice makes it clear that the residents must "quit illegally occupied government lands".

"TAKE NOTICE, that you are hereby required to cease occupation and deliver up possession of, and remove any fencing and/or temporary structure(s) erected by you on land at 87 Beeston Street. AND TAKE NOTICE that if you fail to cease occupation, vacate and deliver up possession of the said property as required under the terms of this notice, you will be forcibly evicted," states the document, signed by an attorney for the commissioner of lands.

But as they cry for mercy, the residents claim they have nowhere else to go.

"Nobody ever said anything to me in the 12 years I live here until the man come with the papers. Other people were here before me," one resident said.

For one parent, the uncertainty hanging over the children's heads is "worrisome".

"Is the same reason why I move here, you know. I didn't have anywhere to go and then I find somewhere to rest my head and that of my children," said the resident.

"I know we are all here illegally. That is a fact. But you can't just toss people out in the streets like that," he added.

The residents have turned to the political directorate for help and the councillor for the area, Donovan Samuels (Tivoli Gardens Division), told The Sunday Gleaner that he is moving to assist them.

"I have been trying to get word from the National Land Agency following discussions I had with Member of Parliament Desmond McKenzie, but what I have been able to ascertain so far is that if the property is for sale or slated for development, there is nothing that can be done," said Samuels.

"The only thing we can do right now is try to negotiate a longer time until they are able to find alternative accommodation," added Samuels.

He said the occupants have, at different times, pooled resources to repair sections of the building and clear the sewerage pit.

The Sunday Gleaner was unsuccessful in its attempt to get a comment from the NLA last week.

Under the law, the residents of the government property on Beeston Street in downtown Kingston have no rights to the premises.

Jamaican law acknowledges "squatter's rights" which has its foundation in the general principle of English law that land should be made "saleable or transferable".

Under the principle, land, which is seen as the source of all wealth, must not remain idle by anyone, including the State, which can be deprived of property ownership.

However, to claim government land the squatters' occupation must exceed 60 years.

In the case of illegal occupation of lands privately owned and captured by occupants, they have 12 years after which they can claim "squatters' rights".