We have no choice ... GCT exemptions must go now 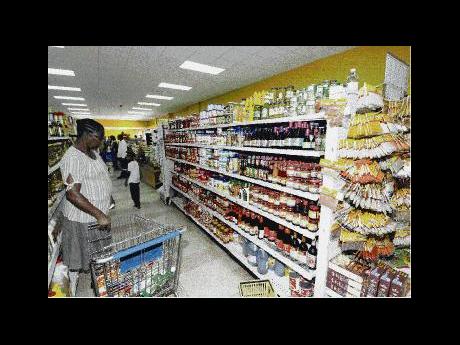 A customer picks out groceries at a supermarket in St Andrew. - File

In the current debate around tax reform, perhaps one of the most talked about and vexed questions is how, if at all, we should continue to use the tax system to promote social-welfare objectives.

Let us take the example of GCT exemptions that were instituted and have been maintained by successive governments in order to reduce the retail prices of a wide range of basic foods and other essential items in the interest of protecting the poor and vulnerable in our society.

It is natural to assume that because the number of poor and dispossessed consumers exceeds, by many times, the number of rich consumers, that the government's exemption policy would have effectively provided more total relief to the poor than any unintended benefit to the rich.

But is that the case?

When we examined the issue more deeply, a bothersome picture emerged. Our own Statistical and Planning Institute did analyses of the persons who benefit from GCT
exemptions, and it turns out that our initial assumption on the benefit was wrong.

The studies show that
the exempted items are in fact consumed in much larger quantities by the
rich.

In other words, the class of persons with the
highest incomes gets the lion's share of the total amount of the benefit
of these exemptions, and not the intended beneficiaries in the poorer
segments of the society.

Those same studies indicate
that for every $100 of revenue that the Government gives up by exempting
basic foods from GCT, only about $11.40 actually benefits the poorest
20 per cent of our population.

Despite the clear
disparity in the distribution of benefits between the rich and the poor
that results from this policy, the fact is that since the poor spend a
greater portion of their wages on basic food and essential items than
the rich, the importance (or utility) to the poor of the GCT exemptions
is significantly greater than in the case of wealthier
consumers.

We cannot, therefore, even contemplate the
removal of GCT exemptions without considering how we may go about
replacing the value that they represent to poorer
consumers.

The final point to be made, before turning
to solutions, is the effect that the current exemption policy has on the
country's fiscal accounts.

At the current 17.5 per
cent rate of GCT, exemptions cost the Government some $22.6 billion. Of
this amount, some 28 per cent or $6.3 billion makes its way into the
pockets of the wealthiest 20 per cent of the
population.

Questions to be asked

In
the context of its current dire, fiscal challenges, why should the
Government continue to give up this revenue so that it can maintain a
subsidy on the consumption of the rich to the tune of $6.3
billion?

Surely, we must ask ourselves the
questions:

The answer, to our mind, must be a resounding
no.

If we truly are intent on protecting the
interests of the most vulnerable in our society, then reason and
compassion would dictate that we:

Eliminate these
exemptions, increasing the Government's resources by the total revenue
that currently gives, the majority of which benefits the
rich.

Divert substantially more than $11.40 of that
revenue into expanded social-safety net expenditures that would
compensate those with lower incomes for the immediate, increased cost
they will face from the elimination of GCT
exemptions.

We would argue that Government should go
even further than this, by committing itself to a process whereby
expenditures are thoroughly examined with a view to prioritising social
interventions generally that are designed not to provide handouts, but
rather to provide the means for individuals to lift themselves out of
poverty.