Removing GCT exemptions not as harmful as it sounds 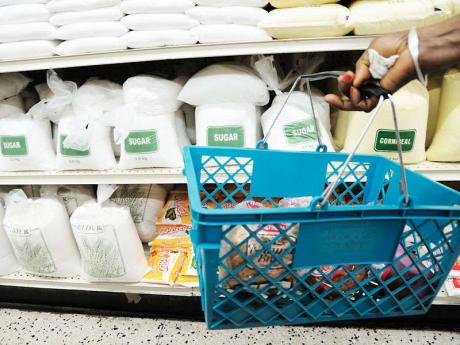 General Consumption Tax (GCT) exemptions are tax expenditures and it would seem inequitable that a government should continue to spend $6.3 billion subsidising the consumption of basic food items by the wealthiest segment of the population in order to provide a benefit of only $2.5 billion to the poorest persons.

We reviewed the Private Sector Working Group's (PSWG) reform proposal that includes the removal of the GCT exemptions across the board.

According to the PSWG, the proceeds of the additional revenue generated would enable the Government to provide the poorest 40 per cent of the population with benefits that would more than offset the loss of GCT exemptions on basic foods.

Furthermore, the PSWG contends that the financial impact of the tax reform package as a whole on people in the lower-income bands needs to be analysed alongside the proposal to remove GCT exemptions.

The main points of their proposal relating to these considerations are summarised below.

For people in the lower-income bands, the most recent Household Expenditure Survey suggests that the removal of GCT exemptions would cause a net increase in their consumption cost averaging an estimated $1,821 per annum or $5 per day for person in each of the first four deciles.

When considered together with the removal of GCT exemptions, these reductions in personal income and payroll taxes are sufficient to offset the impact of any additional GCT payable for all but the highest paid in the PAYE population.

Apart from these effects, employers will also see a reduction in their payroll contributions on behalf of workers in the lower-income groups amounting to about $1.1 billion, offset by an increase in their contribution on behalf of workers in the higher-income bands amounting to around $1.3 billion, for a net increase in revenue to Government of $171 million.

The PSWG argues that this last measure is designed to encourage greater employment and job creation in junior positions (which offers the greatest hope for the vast majority of the unemployed population).

In summary, the PSWG makes a strong case that a combination of improved and expanded PATH benefits, implemented alongside personal income and payroll tax reforms that increase disposable income, can, in fact, protect the most vulnerable in our society from the adverse impact of the proposed GCT reforms.

Importantly, all of this can be done while also improving the revenues of Government and providing at least a partial solution to our chronic fiscal deficits and unsustainable national debt levels.