Trouble for Obama as US job growth slows 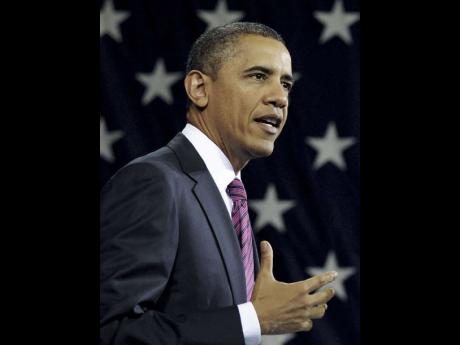 The United States job market took a breather in March after its best hiring stretch since the Great Recession. Employers added 120,000 jobs last month - half the December-February pace and well short of the 210,000 economists were expecting.

The unemployment rate fell from 8.3 per cent in February to 8.2 per cent, the lowest since January 2009, but that was largely because many Americans stopped looking for work.

Still, few economists expect hiring to fizzle in spring and summer, as it did the past two years. And they blame seasonal factors for much of Friday's disappointing report from the Labour Department.

"We don't think this is the start of another spring dip in labour market conditions," said Paul Ashworth, chief US economist with Capital Economics.

The report was also closely watched in political circles. If employers retreat on hiring, consumers could lose confidence in the economy and potentially dim President Barack Obama's re-election hopes.

Ashworth and other economists cited the weather for the latest jobs report. A warm January and February allowed construction companies and other businesses that work outdoors to hire workers a few weeks earlier than usual, effectively stealing jobs from March. It helps explain a 7,000 drop in construction jobs.

Alan Amdahl, who has run his own construction company in Sioux Falls, South Dakota, for three decades, said a mild winter helped contribute to a flurry of new remodelling jobs. He started hiring in January.

Economists also say the numbers can bounce around from month to month. Consistently creating 200,000 jobs a month is tough. The US economy hasn't put together four straight months of 200,000 or more new jobs since early 2000.

Economists are still encouraged by the recent hiring trend: Each month from January through March has generated an average of 212,000 jobs.

The March slowdown brings back painful memories of what happened in mid-2010 and again in 2011, when the economy lost momentum and job growth sputtered.

The unemployment rate has dropped from 9.1 per cent last August to 8.2 per cent last month, the lowest since Obama's first month in the White House.