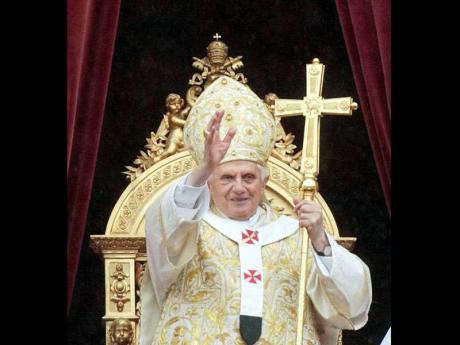 As the worldwide Christian community continues to mark this most holy period, the head of the Catholic Church, Pope Benedict XVI, will this morning preside over an Easter Mass in St Peter's Square, expected to be jammed by tens of thousands of people.

At noon today, the pope will deliver a traditional Easter address to the square as Christians commemorate what they believe is Christ's resurrection from the dead.

On Good Friday, the Pope encouraged those threatened by unemployment and other economic woes to draw courage and strength from the suffering of the crucified Jesus Christ, as he presided over the traditional candlelit Way of the Cross procession at the ancient Coliseum.

Benedict, who turns 85 on April 16, didn't carry the cross during the hour-long procession.

Instead, he listened intently to meditations on suffering that he asked an elderly Italian couple to compose for the traditional ceremony. Then, as the final reflection was read aloud, the pontiff was handed the slender, lightweight wooden cross, which he held steadily for a few minutes.

Thousands turn up to pray

Thousands of tourists, pilgrims and Romans jammed the boulevard outside the Coliseum and the ancient Roman Forum to pray with him on a mild, cloudy night and listen to hymns.

Faithful clutched candles and prayer books. A few held palms or olive branches they had saved from Palm Sunday, which opened solemn Holy Week ceremonies in the Catholic Church.

"The experience of suffering and of the cross touches all mankind. It touches the family, too," the pope said in a brief homily at the end of the procession, which he observed from an elevated landing.

Dressed in red robes to symbolise the blood shed by Jesus, the pope added that "these days, too, the situation of many families is made worse by the threat of unemployment and other negative effects of the economic crisis," such as worry about the future of young people.

But Benedict advised families to "look to Christ's cross. There we can find the courage and strength to press on."

Strength from God, Benedict sought to assure the faithful, will help families "to make sacrifices and to overcome every obstacle."

After the Coliseum appearance, Benedict's next public ceremony was an Easter vigil Mass in St. Peter's Basilica on Saturday evening.

Earlier on Friday, Benedict heard the papal household's preacher deliver a homily in St. Peter's Basilica and knelt in prayer.