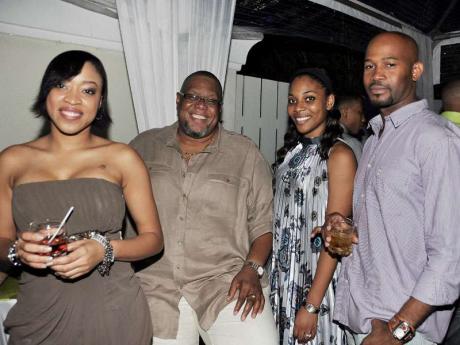 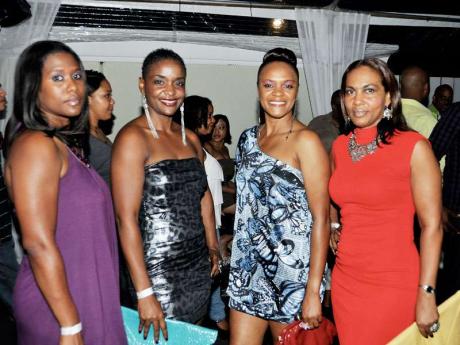 The night after any party usually brings a hangover or tiredness, particularly if the effects were orgasmic. Not so with Reevive Destination London on Saturday, March 31, at the ATL Bogue City Centre in Montego Bay. By Sunday morning, organisers, Conrad Allen, Tamara Mais and Helen Tyson of Cover Me Up Promotions were on their BlackBerries announcing, 'Reevive Destination Moscow, Russia' for November 2012.

There was no reason for the three to have any fatigue whatever, unless it was from the success that saw party people from across the island converging on the grounds of the automobile dealer's home.

Renowned decorator Andrew Anderson, the man many have come to know for his creative magic, had designed the set for this Destination London event, and obviously those juices had flowed richly.

In fact, two of the 'Queen's very own British 'guards' stood at the Smirnoff Vodka-bottled entrance, capturing the essence of England.

Bringing new meaning to event decor, Anderson literally brought new life to Reevive, which is in its third year.

Coupled with a platinum and gold package, with an option of food and drink inclusive, Cover Me Up Promotions secured the services of Margaritaville Caribbean's culinary team showcasing live cooking of penne pasta, shrimp pasta, and other food items, downed with libations from a martini bar and the specialty drink 'cosmos'.