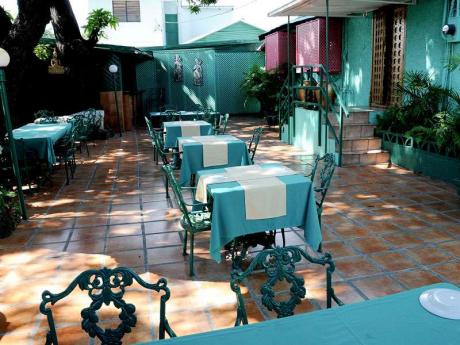 Kingston, my dears, is not only undoubtedly the jewel of the Caribbean, it is the international crossroads of the Old and New World and quite the melting pot of cultures. As such, it is not only the centre of fashion, food, the world of athletics, leader in beauty culture, and style; Kingston represents and acts as a cultural centre where life is a fusion of food, style, fashion, the arts, urban dance and the trendsetting high life!

It is said of Kingston that, for the many international diplomats, Caribbean nationals and members of other international organisations and regional bodies, upon returning to their homes, it presents a serious downer. Making the transition from living in a cosmopolitan arena where all ideas contend, where everyone is allowed to shine, returning to their lives, where for the most part the existence becomes another episode of the nondescript, Kingston is one beautiful city. It represents tolerance and coexistence that belie the international stereotype in which it has been cast and portrayed.

Consistent with Kingston being the regional cultural powerhouse, it has a burgeoning restaurant industry, with every major roadway, street and/or corner boasting some kind of a restaurant/eatery, from the cookshop on the corner, offering up traditional Jamaican dishes and staples of urban and rural life, to the more exotic offerings of ethnic international cuisine. Menus in the nation's capital run the gamut from Chinese, to five-star chic offerings to be found in some leading hotels, and again back to the corner, where pan and/or jerk chicken and pork is always just around the next corner.

Well, in recent times, Kingston has seen a downturn in its restaurant offerings. This downturn was a national one and saw restaurants from Port Antonio to Negril shuttering their doors because of the international economic downturn in the fortunes of many, which resulted in discretionary spending being reordered and dining out no longer being the first order of socialising.

Well my dears, Kingston is once again on an upswing. And with that upswing, some previously shuttered restaurants have now found new leases on operational life, resulting in a number of these restaurants reopening their doors.

One such establishment was the New Kingston-based Akbar complex along Holborn Road that was home to the city's finest Indian and Thai restaurant.

Well, after nearly a year of being shuttered, the former oversubscribed Indian and Thai restaurant complex has now found a new lease on culinary life and, much to the delight of leading gastronomes, reopened its doors under new ownership and management, in late December, luvs, how!

Now named Aarya, and operated and managed by Indian national Anil Poojari, Aarya is just one of the fab new dining offerings
to have opened up in the city in recent months. What is spectacularly
different about Aarya, however, is the fact that the authenticity of the
Indian and Thai cuisine makes for an appetisingly different departure
from the usual offerings. As such, it ads to the rich tapestry of
culinary experience now available to the discriminating palate, out for
that culinary experience.

Aarya is not only a welcome
departure from the traditional offerings in tone and context, the
establishment offers its patrons the option of an open-air
courtyard/garden-style dining, or the air-conditioned artfully decorated
dining rooms or lounge. Both are beautiful options designed to enhance
the dining experience, and manage to make the experience a more
pleasurable outing where lunches and dinners are wont to be long,
leisurely indulgences and not rushed.

This makes for a welcome
return to the values of charm and camaraderie when it comes to breaking
bread with family and friends. And luvs, how!

Now,
adding to the charm of the experience of dining at the new Aarya Indian
and Thai restaurant is the fact that patrons have the option of either
truly Indian and/or Thai, or indulge in a fusion by ordering from both
menus. The offering is a rich culinary rendezvous for the discriminating
palate, with fabulous portions across the
board.

Dears, at
Aarya a lunch and/or dinner for a family of four or five, or a group of
friends out celebrating a special occasion, will not necessarily leave
one out of pocket or requiring a loan to settle the bill. We are talking
fabulous food at fabulously affordable prices and, luvs, this does make
a world of difference!

And dears, the beauty of the
Aarya dining experience is that it's not only a fabulous culinary outing
enhanced by the sound of the waterfall in the courtyard, but we are
talking a cadre of competent staff, some very old faces and some new,
who all make the experience of dining a resplendent one. But perhaps,
the best endorsement any restaurant or eatery could ever receive is that
its previous owner is one of its leading patrons, as is the case now,
where Rajiv Bakshi, who owned and operated the Akbar complex, is now
Aarya's loyal patron and goodwill ambassador.

And he
is not only one lining up to patronise the new Thai and Indian
restaurant, but patrons of the former establishment are now discovering
the joys of Aarya and are queuing in support. Spotted dining in the
courtyard recently, were: former Prime Minister Edward Seaga; Honourable
Dennis Lalor; Canada-based mega-wealthy Michael Lee-Chin; celebrated
international beauty Cindy Breakspeare-Bent; Rajiv Bakshi and companion
Dorothea Gordon-Smith; Dr Saphire Longmore-Dropinski and her husband
Alex Dropinski of the European Union, Tommy Cowan; and the American
activist leader Louis Farrakhan.

Dears, definitely one
of the city's emerging fab new
places!