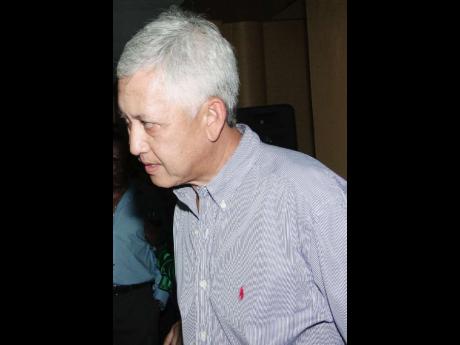 A gloom of uncertainty now hangs over the Jamaica Golf Association (JGA), as the body is crippled with an $8-million debt to the Urban Development Corporation, for rental of the Kingston Golf Academy.

The money is owed by the JGA through its affiliate, Golf Connection, which deals with the financial affairs of the JGA. This has led to the JGA cancelling a number of its developmental camps that were slated to be held at the New Kingston facility over the past year.

Wayne Chai Chong, president of the JGA, said the unavailability of the New Kingston Golf Academy is having a devastating effect on the development of the sport across the island, but his administration is making progress to resolve the debt situation.

"We have been talking to the new administration (Government) and we have met with the minister already to discuss if there is a way where we could get a group of private investors to put together a feasible business plan for running the academy," Chai Chong said.

"However, it would have to be a plan that also includes other activities apart from golf because golf alone can't pay for it," he said.

Chai Chong, who was re-elected unopposed as head of the JGA last week, added that the academy forms a very critical part of the development of young players, both in terms of growing the sport and for the training of their elite players.

"Like most sporting associations, we are struggling with financing and we just could not afford that rent; and without the academy it is going to be very difficult for us to grow the sport," Chai Chong said.

"It is expensive to enter the sport if you are trying to do it through the private clubs, and with the public facilities it allows you to get introduced to the sport and to determine whether or not it is a sport that you would like to take up," explained Chai Chong.

He added: "We have also launched a programme in the primary and prep schools and we need somewhere for those kids to play, because what we do is that we take the sport into the schools and we try and find the best talents, and whenever we find these kids we need to take them somewhere to play."

The JGA boss also disclosed that his administration will be seeking the services of a technical director to oversee their programmes.

"We have also been trying to get our own technical director to oversee our programmes, whether on a full-time of part-time basis," Chai Chong said.