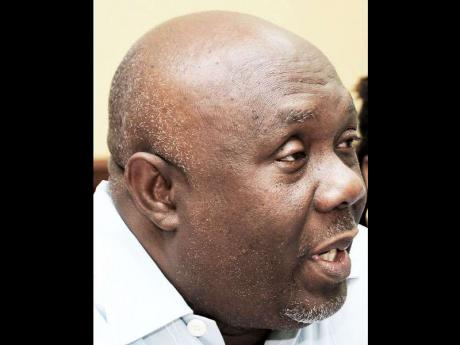 FOLLOWING the conclusion of the recent Inter-Secondary Schools Sports Association (ISSA)/GraceKennedy Boys and Girls' Athletics Championships, top senior track and field coach Glen Mills told The Sunday Gleaner that it was one of the most exciting in years, but he is concerned that our junior athletes are being overworked.

"It was a good display by our young athletes and provided spectators with a glimpse of what the future can be, as there were some outstanding performances," said Mills.

"However, while wecelebrate the performances, we tend to lose sight of a number of things our young athletes are facing, and I am still concerned that after a number of years, we are not making an attempt to control development of our youngsters," he stated.

Mills said ISSA made an attempt to do this several years ago by limiting the number of events in which athletes could participate at Champs, but more needs to be done.

"A couple years ago, under sustained pressure from the Sports Medicine Association, ISSA was forced to limit the athletes to the number of events they do because then Class Three athletes were asked to do up to seven events by their coaches, but ISSA restricted that," Mills pointed out.

"The time has now come to restrict athletes, at Classes Two and Three among the boys and Classes Three and Four among the girls, on the amount of events they are doing at the championships."

Millscited the amount of work athletes doing events from 100 metres to 400 metres would have to do in their preparation.

"Athletes would have gone over six to eight months of extensive training and then come to the championships to compete. It is too much and the time has come where ISSA needs to limit the athletes in the various classes on the amount of events they do and this review is necessary," continued Mills.

Mills also has a serious concern about Class Four boys competing with the Class Three.

"Until a class of their own is established, these Class Four boys who are competing alongside older Class Three boys should only be allowed to do one event," he said.

Mills also stated that despite the girls at this level being more mature than the boys, there should also be a review of the number of events they also do in the lower classes.

"When you look at our outstanding juniors, especially among the girls, they have been competing all year on a regular basis for the past three years as most of them compete up to August. Besides the ISSA Championships, they have to go to regular development meets, Carifta, Central American and Caribbean Games, World Youth Olympics, World Youths, Penn Relays and World Juniors, and some of them now have suffered from injury," said Mills.

"There was one female athlete who got injured at the Carifta Trials and three weeks later, this same athlete came back to compete at the championships and was taken off on a stretcher due to the same injury," said the outstanding coach.

"Several other juniors who have done well in the past three years have not been able to show their real talent because they have been competing with an injury, and we need to protect these talents because if we do not, despite our wealth of talent at the junior level, they will not be able to perform at a higher level because their junior preparation is too hectic," he continued.

"Most of our top junior athletes tend to attend the schools that finish in the top three or four at Champs, but most of ourathletes who have success at the senior level are coming from schools which have not been able to mount any serious challenges at these championships, and this is saying something," he said.

"This is a call for the JAAA (Jamaica Athletics Administrative Association), the Sports Medicine Association, intellectuals at G.C. Foster College, knowledgeable and experienced coaches and all interested parties to come together in a forum for some serious discussion and come up with a system which will serve the interest of the development of our young athletes, as this will be in the best interest for all parties involved," Mills concluded.