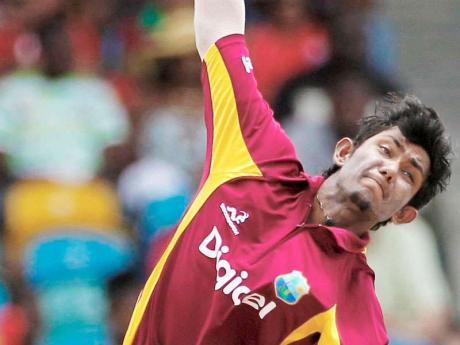 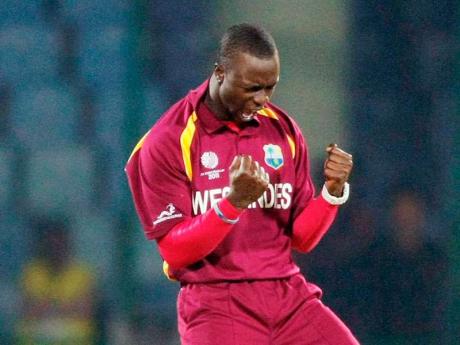 The first Test match between the West Indies and Australia is now under way at Kensington Oval and while the Windies fans are hoping for the best, most of them are simply praying that batsmen Shivnarine Chanderpaul and Darren Bravo, leg-spinner Devendra Bishoo, and two of fast bowlers Fidel Edwards, Ravi Rampaul and Kemar Roach, will get some runs and pick up some wickets.

The Australians are not the best in the world at this time, but they do possess a good team, a team boasting a decent mix of experience and young talent, a team parading batsmen with the quality of performance in Ricky Ponting, Michael Clarke and Michael Hussey, plus those with the quality of promise in Shane Watson, David Warner and Ed Cowan, as well as fast bowlers from both sides of the divide.

In Peter Siddle, Ben Hilfenhaus and Ryan Harris, the Australians have three men of experience and in Mitchell Starc and young James Pattinson, the 22-year-old left-handed swing bowler and the 21-year-old colt who has so far taken 25 wickets from four Test matches at an average of 18.22, they have fast bowlers with promise.

Although Matthew Wade appears a capable replacement, the one man missing from the line-up from Down Under is Brad Haddin, their usually reliable and dependable wicketkeeper-batsman.

Against this, and some of the reasons why West Indians are hoping and praying rather than expecting, are the following facts: the West Indies are not at full strength; their players are not in the pink of form; and, equally important, in Test matches, they continue to play one short.

At the start of the tour, before, during and at the end of the one-day internationals and the T20 matches, the West Indies recovered from going down in both versions to tie the series due to brilliant fielding, good bowling, and the striking force of their all-rounders, including captain Darren Sammy.

At that time, the fans figured that if they could play their best team, if they could play a team that read Chris Gayle, Adrian Barath, Kirk Edwards, Darren Bravo, Shivnarine Chanderpaul, Marlon Samuels, Carlton Baugh, Kemar Roach, Fidel Edwards, Sunil Narine and Devendra Bishoo, if they could get Dwayne Bravo in there somehow, they could surprise the Australians, especially with the two spin bowlers - even at Kensington Oval.

With the Indian Premier League taking place, however, Gayle, Samuels and Narine, plus Dwayne Bravo, André Russell and Kieron Pollard were not available, and so too Brendan Nash, who went off to Kent in the English County Championship.

The second thing that has affected the West Indies is the form of the players.

With the regional four-day tournament now at the final stage and with the 'big' players appearing sporadically in it, not one of the batsmen in the Test squad, except for Narsingh Deonarine, scored a lot of runs; and of the bowlers, not one of them, except for Bishoo at number nine, are in the top 10.

The bowling was quite the opposite.

On West Indian pitches, on pitches prepared to last four days, the bowlers, the spin bowlers, took wickets in bunches.

The best fast bowler was Tino Best, who did not play many matches and who finished at number 18.

Barath, a few days short of his 22nd birthday and with a century on Test debut, and Kraigg Brathwaite, a 19-year-old with one half-century in 13 innings but three half-centuries in Test match cricket, could give the West Indies a good start, however, and Kirk Edwards, Darren Bravo, and Deonarine, plus Shivnarine Chanderpaul, could add to a good West Indies total with the pace of Fidel Edwards and Kemar Roach or Ravi Rampaul and the spin of Bishoo making life difficult for Australia's batsmen, but it is still a matter of hoping and praying.

The final reason why West Indians are hoping and praying, instead of expecting, is the presence of Sammy, the captain who seems out of place on the Test team.

Sammy is a motivator and he is a brilliant fielder, but his batting and his bowling is not up to the standard of Test cricket and his presence in the team robs the team of one or the other, probably both.

The best West Indies team, in my humble opinion, is one with five batsmen, a wicketkeeper-batsman, an all-rounder and four bowlers.

Sammy is not good enough to fit in as an all-rounder on the Test team, and so whenever he plays the team is always playing one man short.

This West Indies team, which really needs six batsmen, one of whom can bowl a bit, and four bowlers, will be playing with five batsmen or with five bowlers, or worse, with six batsmen and with three-and-a-half bowlers.

It was because of these things why it was like music to the ears to hear Michael Clarke, the Australian captain, saying on the eve of the Test match, that "the most important thing I think about the West Indies is that one bad hour can cost you a Test match. You must be at your best for all five days to have a chance of winning the Test. You can't afford to give good players too many chances and too many opportunities".