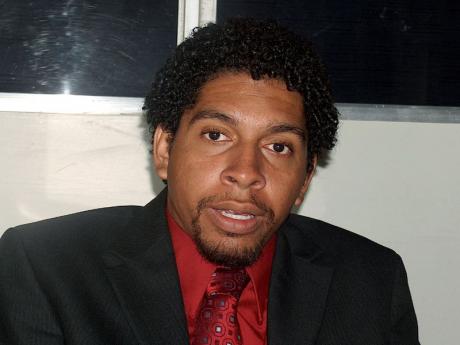 The announcement, made on Saturday evening, came as Vincentians here continue to express mixed views about the envoy's arrest on March 28.

"Vincentians in the Diaspora have many questions about the incident between Ambassador Gonsalves and the policeman working with the NYPD. Many of them still do not have the information from the ambassador," added Haywood, who also serves as a United Nations development officer.

"So it is important that Vincentians living in New York and other places in the USA get the opportunity to hear directly from Ambassador Gonsalves, instead of hearsay," he continued. "It is vital for them to have the information so they could judge for themselves."

"In addition, our ambassador, who is also human, needs all the love, care and solidarity he could get at this moment," he told CMC.

"Ambassador Camillo Gonsalves represents the nation's highest levels of aspirations, culture, and humanity in the eyes of the international community. To the world, he embodies the nation's dignity, soul and heart," he added.

"Moreover, he is protected by international law, yet he was treated in this manner. We must show solidarity," continued Haywood, stating that the meeting will take place on Wednesday evening at the Friends of Crown Heights Educational Center.

He has strongly denied claims by the NYPD that he was arrested after he refused to identify himself.

Gonsalves further said he did not get the opportunity to show identification because the police officer, who he could not identify by his last name and badge number - Parker, 21289 - had unexpectedly grabbed him from behind and "spun" him around, in the lobby of the building and immediately wrestled to handcuff him.

The envoy, however, said while his hands were clasped in front of his person, he told Officer Parker that he should not be arrested under the Vienna Convention on Diplomatic Relations, which gives diplomats immunity.

Gonsalves also denied reports that he had entered barricades erected in front of the mission building at 800 Second Avenue.

He said no wooden or metal barricade was erected in front of the building when he returned from a business lunch with the UN ambassadors of Taiwan and Gambia.

He said police usually erect metal barricades to contain the crowd when there are demonstrations against Israel, whose mission to the UN is also housed, along with some Caribbean and African countries, in the same building.

Gonsalves, however, said metal railings were stacked against concrete blocks in front of the building.

"It does not matter what are your credentials, racism still exists," added Sutherland, the dean of a public school in Brooklyn. "It's being perpetuated in a most sophisticated way. We (the United States) are supposed to be the bastion of democracy, and these things are still happening."