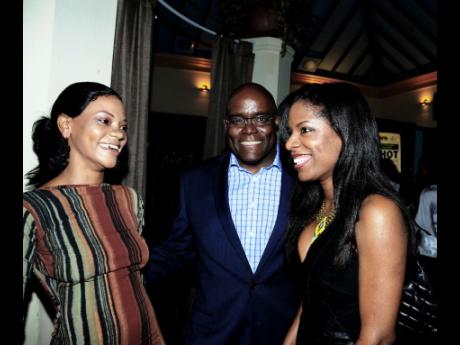 'Mission Catwalk', the brainchild of fashion designer Keneea Linton-George, is now in its second season and naturally fans of the show are now glued to their television sets. Flair posed some questions to the creator, Linton-George, about the show.

FLAIR:The last season of Mission Catwalk, was a success, what was the benchmark used to determine this?

KLG: The success of 'Mission Catwalk' season one was determined mainly through viewership ratings using the Flow media report. This showed 'Mission Catwalk' ending the season at the number-two spot in its time slot across local and cable networks. The positive feedback from the public, press and sponsors was another indication of how well the show was received.

FLAIR: Why have you decided to go regional involving other Caribbean contestants?

KLG: The aim was always for a Caribbeanwide show, as we believe we can have greater impact as a region. The pilot season focused on Jamaica simply to test the market and garner support. A regional search provides a wider pool of talent and will promote a unified approach to identifying a true Caribbean fashion identity. This will also allow all Caribbean islands to identify with characters in the show, increasing viewership and awareness through regional syndication.

FLAIR: The show has been extended to an hour, why this move? Is there any other change to the show's format?

KLG: We received numerous requests from fans for the show to be longer which resulted in our decision to extend to one hour. The new one-hour format will allow viewers to better appreciate the production process of the garments created by the designers, engage with the different personalities in the show and enjoy a longer, more detailed elimination process.

FLAIR: What can viewers expect in season two?

KLG: Viewers will experience the flavours of the Caribbean through a group of interesting and diverse designers. The designers will be given a number of challenges geared at testing their designing skills. Viewers will also be able to connect with the characters through their growth, development and shortcomings as they are tested throughout the season.