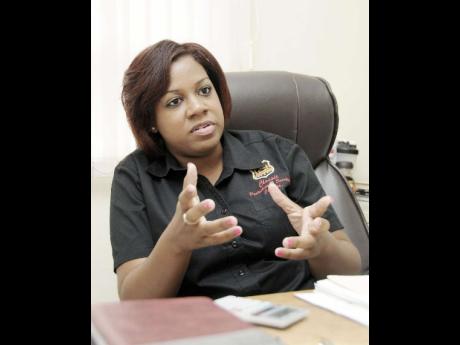 Jamaica is without a national sexual-harassment policy: there are challenges, consequences, health problems and the need for a national policy framework. Below is the first part of a paper on the subject.

Humans are sexual as they are physical beings. Simply put, sexual relations are embedded in their composition and so legislation is needed to protect vulnerable groups such as children, the poor, women, orphans, the elderly, mentally and physically disabled people and adolescents from sexual exploitation. The current study will explore why Jamaica needs a national sexual-harassment policy, the challenges without a policy and the difficulties in formulating one in such a highly sexed culture. The methodology that was utilised for the study was ethnography. This study was conducted in Kingston and St Andrew and purposive sampling was used to select respondents, with focus groups and elite interviews being among the methods of data collection. There was consensus in the focus group that policies such as those for sexual harassment are not meant to act as deterrents per se but as backup plans, a tool to reach for just in case the harassment occurs; "the rules are not enforced, they are just there if something happens. I don't think they can be enforced".

It was also postulated that in Jamaican culture, the men approach women. However, if the woman makes it clear that she is not interested the most the man will do is curse then move on to another female of interest. It was agreed upon by all participants in the study that power plays a role in sexual harassment and its definition. There was notably more reference to sexual harassment between a manager and a subordinate than between co-workers. A subject stated that: "Many time the harasser feels entitled to harass because they know that they have the power; if you complain, you might lose the work." It was also felt that a sexual harassment policy should have various degrees of punishment dependent on the number of infractions the accused has been found guilty of.

Thus, a male participant in the focus session declared, "I don't feel the policy should just fire you like that for sexual harassment. For me sexual harassment is a persistent thing, so if you do it once you get reprimanded. Do it again, you get suspended that kind of way." Sexual-harassment policy formulation cannot be left to the powerful men, male bosses and male supervisors to construct because they (men) have a culturalisation about sex and sexuality which may contravene an effective policy framework or businesses without a national policy framework. Such a situation will foster male sexual violence, discrimination, exploitation and harassment against women, children and economically marginalised groups.

Humans are sexual as they are physical beings. Simply put, sexual relations are embedded in their socio-physiological composition which is why legislation is needed to protect the vulnerable. Early sexual initiation commences during the adolescence in many countries, particularly in Jamaica. (Louie et al, 2009; Penfold et al, 2009; Fatusi and Blum, 2008.)

Chevannes, 2005; Jamaica National Planning Board, 2005; Santelli et al, 2004; Ricketts, 1999), making coerced sex a reality across the globe (WHO, 2002). Coerced sex "is frequently the expression of power and dominance over the person assaulted" (WHO, 2002), suggesting that it is through legislation that societies will curb such likely behaviour. This is captured in a publication by Amnesty International (2006) which wrote that, "Violence against women in Jamaica persists because the state is failing to tackle discrimination against women, allowing social and cultural attitudes which encourage discrimination and violence."

As a result of the state's inactions in regard to addressing discrimination against women in Jamaica, sexual violence against women is high because legislation has failed to set a framework that could have been used to curb this practice, which is extended to sexual harassment and intimidation in the society and the workplace (Amnesty International, 2006).

The WHO (2002) stated that sexual violence is defined as any sexual act, attempt to obtain a sexual act, unwanted sexual comments or advances, or acts to traffic, or otherwise directed, against a person sexually using coercion, by any person, regardless of their relationship to the victim, in any setting, including, but not limited to, home and work.

Here, sexual coercion and sexual violence is not only influencing the individual, but the society through its direct impact on the individual's ability to function at work, school and in the general society. Yes, sexual intercourse is a reality and sometimes there will be unwanted acts (rape, sexual violence that require external assistance. Amnesty International (2006) opined that sexual discrimination and violence against women are a daily occurrence in Jamaica, which is embedded in the culture.

The culture has a particular stereotype about women which is fuelling the sexual discrimination and violence. According to Amnesty International (2006), "Men and women sometimes believe violence against women to be justified if women are suspected of being unfaithful," which speaks to the embedded issues within the culture which support sexual discrimination and violence by men. This means that legislation is required to balance people's desire for sex in a manner which does not create problems for others because of marginalisation, socio-economic vulnerability or physical inadequacies. Hence, we must understand the culture, the sex in the culture and the practices of people in order to recognise whether there is a need for a sexual-harassment policy in society as a balance mechanism for this sex culture, as the Caribbean is a highly sexed society.

This study emerged from the Master of Science thesis of Racquel Peters. It was a partial fulfilment of the requirement for the degree of Master of Science in governance and public policy, University of the West Indies, Mona, Jamaica.