She married her cable guy! 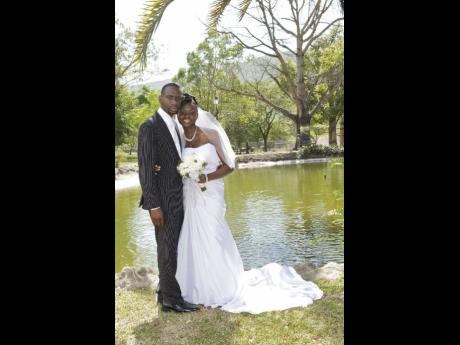 After four years together, Aldean Ellis and Yasheka Walters said their 'I dos'.- Contributed 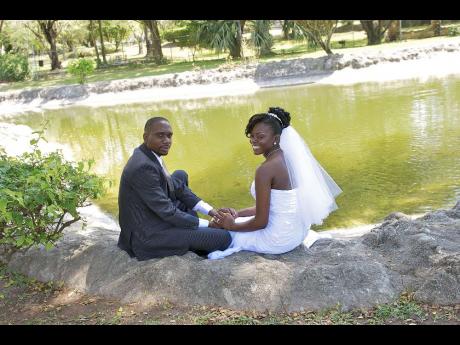 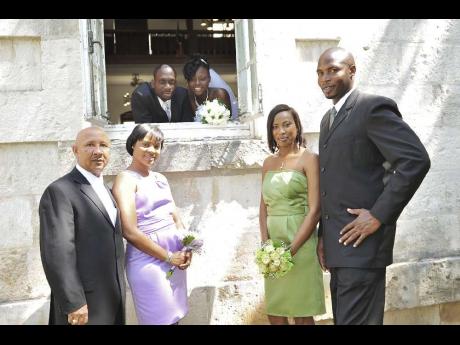 Aldean Ellis and Yasheka Walters met in 2007 while he was working at a promotion, where she went to sign up for her cable.

A few months later, problems developed with the service, and she called him to report it. That conversation was the start of their friendship. The two dated for four years, during which Aldean decided he didn't want to spend another moment without her as his wife.

As she is always prying, Aldean had some difficulty with the engagement. Hence he decided to take her out for a 'drink', as this was their norm so she would not become suspicious. As fate would have it, Yasheka decided to have something to eat; but little did she know that the engagement ring was going to be served as the main course. An astounded Yasheka gave a resounding yes when he declared his unwavering love for her and asked, "Would you be my wife?"

The couple got married on February 18 in an intimate ceremony at the University Chapel.

The bridal party walked down the aisle to Shania Twain's From This Moment performed by Sasha Harrison and Chad-Anthony Smart. Saxophonist Fred Roberts played a rendition of Kenny G's Forever in Love, while the teary-eyed bride, escorted by her stepdad, Clive Williams, glided down the aisle.

The ceremony was officiated by Pastor Napolean Black, who wasted no time in pronouncing them man and wife. The ceremony ended with the rose ceremony which entails the bride and groom exchanging a red rose, symbolising the giving and receiving of their love for each other throughout their entire marriage. The bridal party then danced out to Tarrus Riley's Superman.

Mr and Mrs Ellis entered their reception with an adaptation of one the bride's favourite television game show, 'The Newlywed Game'. Towards the end of the reception, the bride and groom shared their first dance to Shayne Ward's Breathless. The parents of the bride and groom later joined them on the dance floor, after which the floor was open to all guests who partied the evening away.