Nobel-winning author barred over a poem 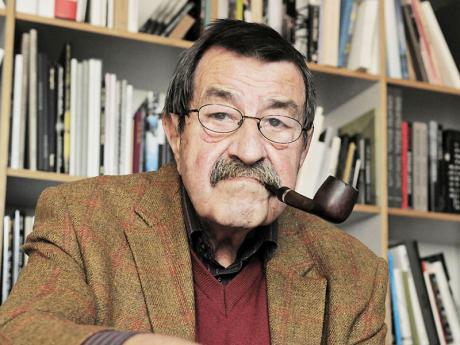 JERUSALEM (AP):Israel on yesterday declared Guenter Grass persona non grata, deepening a spat with the Nobel-winning author over a poem that deeply criticised the Jewish state and suggested it was as much a danger as Iran.

The dispute with Grass, who only late in life admitted to a Nazi past, has drawn new attention to strains in Germany's complicated relationship with the Jewish state, and also focused unwelcome light on Israel's own secretive nuclear programme.

In a poem called What Must Be Said published last Wednesday, Grass, 84, criticised what he described as Western hypocrisy over Israel's nuclear programme and labeled the country a threat to "already fragile world peace" over its belligerent stance on Iran.

The poem has touched a raw nerve in Israel, where officials have rejected any moral equivalence with Iran and been quick to note that Grass admitted only in a 2006 autobiography that he was drafted into the Waffen-SS Nazi paramilitary organisation at age 17 in the final months of World War II.

Grass' subsequent clarification that his criticism was directed at Israeli Prime Minister Benjamin Netanyahu, not the country as a whole, did little to calm the outcry.

Israel's interior minister, Eli Yishai, announced that Grass would be barred from Israel, citing an Israeli law that allows him to prevent entry to ex-Nazis. But Yishai made clear the decision was related more to the recent poem than Grass' actions nearly 70 years ago.

"If Guenter wants to spread his twisted and lying works, I suggest he does this from Iran, where he can find a supportive audience," Yishai said.

The uproar has touched upon some of the most sensitive issues in modern-day Israel: the Holocaust, Iran's alleged pursuit of nuclear weapons and Israel's own illicit nuclear programme that is widely believed to have produced an arsenal of bombs.

It also has unleashed a debate in Germany, where criticism of Israel is largely muffled because of the country's Nazi past. Grass' most famous book, The Tin Drum, is about the rise of the Nazis and World War II as told through the lives of ordinary people. He was awarded the Nobel Prize for literature in 1999.

According to a biography from his museum in Germany, Grass has been in Israel at least once - notably accompanying Chancellor Willy Brandt in 1973 on the first official state visit of a German chancellor to Israel.

Israel gained independence in 1948 in the wake of the Holocaust and became a refuge for hundreds of thousands of survivors of the World War II Nazi genocide of six million Jews. Some 200,000 aging survivors still live in Israel.

The scars of the Holocaust have deeply influenced Israeli thinking over the years. Israel marks a Holocaust memorial day every year with a siren that brings the country to a standstill for two minutes. Israel's drive to maintain a powerful military has been shaped by the thought that its enemies want to repeat what the Nazis tried to do.