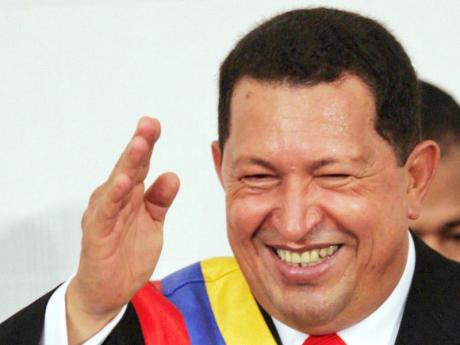 CARACAS (AP):Venezuelan President Hugo Chávez flew back to Cuba late Saturday for another round of radiation therapy, telling his countrymen that he has faith a "miracle" will help him survive cancer.

In a televised address before his departure, Chávez said he would be in Havana until Wednesday or Thursday and would be back in time for events marking the 10th anniversary of his restoration to the presidency after a failed 2002 coup.

"I'm going to Cuba to continue the battle for life," he said.

"I have a lot of faith in Christ our Lord that He's going to repeat the miracle (for me) to continue living, to defeat this illness," Chávez said.

He drew a parallel with the 2002 coup, saying he thought it miraculous that he lived through it and regained the presidency.

Chávez, who is running for re-election to another six-year term in October, also announced plans to raise Venezuela's minimum wage. He said it would go up 15 per cent in May and another 15 per cent in September.

The increase had been expected because of Venezuela's soaring inflation, which currently stands at about 25 per cent. The leftist president's government has raised the minimum wage between 20 per cent and 30 per cent each year during the past decade.

Chávez said the wage increase will benefit about 3.9 million workers as well as two million retired Venezuelans whose pension benefits vary depending on the minimum wage.

The president has also increased spending recently on government social programmes that provide cash handouts and other benefits to the poor.

Chávez's recent statements about his cancer and the incomplete information he has provided about his illness have kept many Venezuelans guessing about whether his health could affect this year's presidential race.

At a mass alongside relatives last Thursday, Chávez shed tears and he prayed aloud saying: "Give me your crown, Christ. ... Give me your cross, 100 crosses. I'll carry it, but give me life because I still have things to do for these people."

Last Friday, Chávez told his aides in televised remarks not to worry about rumours about his health. "If we're going to be every day responding to rumours, sometimes it's a waste of time," he said.

Chávez has regularly traveled to and from Cuba for treatment since last June, when he said an initial surgery removed a tumor the size of a baseball. He has said a second surgery in February removed a second, smaller tumor from the same area in his pelvic region.

Chávez has not identified the type of cancer nor the precise location where the tumors have been removed.