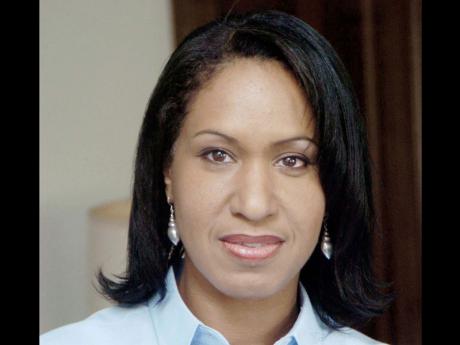 As the Ministry of Education makes $10.3-million room in its budget to facilitate a review of Jamaica's Grade Six Achievement Test (GSAT) by a consultant from overseas, local educators have pointed out that aspects of the national high school placement exam are age inappropriate.

Dr Margaret Bailey, principal of Rollington Town Primary School and author of a social studies textbook used in GSAT preparation, told The Gleaner that the fate of the children should not be decided solely by their performance in the GSAT because anything can go wrong on a day.

"I don't think that one exam should be used to determine the placement because the ministry has always encouraged us as educators that we should use different forms of assessment," the senior educator said.

Consultant clinical psychologist, Dr Karen Richards, concurred. She told The Gleaner that she too, favoured continuous evaluation with school-based assessments (SBA) over just sitting exams, which she described as a snapshot.

Richards said it might be beneficial for the ministry to undertake a psychological assessment of the children preparing to sit GSAT to see how they cope with the stress associated with the exam. As it now stands, Richards said many of the children are under the impression that GSAT is a life-changer or a life-defining moment at the tender age of 11 when the truth is that many of them will have other opportunities in life.

"What we are saying to the children is that what you do now will determine who you are in the future. I don't think there is anything further from the truth," said the clinical psychologist.

"I do wonder about putting children in such a pressuring situation," she said.

In a column published in The Sunday Gleaner last week, former Prime Minister Edward Seaga was less diplomatic in his characterisation of the national placement exam. Seaga said the "GSAT is not a once-a-year problem" but an "insidious problem for the great majority of parents and caregivers, almost daily".

Seaga, who is now chancellor of the University of Technology (UTech) and a distinguished fellow at the University of the West Indies (UWI), also noted that the agitation associated with the GSAT "occurs particularly with those responsible for 9- and 10-year-old students approaching the dreaded GSAT exams which are taken at age 11. The heavy burden of homework in preparation for GSAT is occupying from two to three hours. This is a prime grievance".

no time or skills

The former prime minister concluded that few parents have the time or the skills to deal with such extensive homework programmes which require teaching skills, or an ability to deal with the tedium of the assignments.

"Parents are befuddled by the expanse of the curriculum, which exceeds their own school experience. Unnecessary material has been added to the primary school curriculum that will be, more or less, repeated at the secondary level and should be postponed to that time," Seaga reasoned.

He added: "Check the natural science curriculum in primary and preparatory schools to see how unnecessarily deep the curriculum extends. This problem is not in the sciences alone. It is totally unnecessary for children in grade four to be required to know the names of all the prime ministers in the CARICOM region.

"The curriculum needs to be lightened and homework limited to one hour, or maximum an hour and a half, to give children time to learn to socialise with friends, an equally important skill," Seaga advised.

"What this means is a complete review of the primary-education curriculum. Relaxing the stringencies would enable more students to accomplish more and GSAT to be more acceptable."

Patrice Harrison, managing director of GSATready.com - an online academic support service provider, also shared the view that aspects of the GSAT need to be scrapped and replaced with more age-appropriate content.

"Our opinion at GSATready is that the GSAT is not too difficult an exam, nor is it too voluminous in terms of absolute quantity. However, a major concern is the relevance or appropriateness of the content as it relates to chronological age, maturity level and opportunities for utility," said Harrison.

She continued: "Having said that, it is human nature to broad brush or speak in general terms. That comment really relates to specific aspects of the exam, that is, communication task and social studies. For example, does a 13-year-old really need to be able to identify a line from the national anthem from the republic of Trinidad and Tobago or how to complete the Jamaica Immigration form. As a matter of law, you can't fill it (immigration form) out."

Harrison also questioned the relevance of a sixth-grader being asked to fill out a cheque.

"Let us consider removing those elements and incorporating other elements that would be more useful or age appropriate," she added.

GSATready.com, established in 2009, is used by many schools and parents to help prepare students for the dreaded exam. There is a nominal charge to access the service for the year as Harrison described it as a passion project.

The GSATready.com proprietor suggested that teaching the students about the basic tenets of democracy and what it means to possess national pride would better serve them at the grade-six level.

Harrison opined that the communication task is "definitely not age appropriate" and the social studies curriculum was "a little too broad".

Bailey doesn't believe the social studies paper is too difficult. According to her, the curriculum focuses on Jamaica - civics and physical features - in grade four; the wider Caribbean region in grade five and the rest of the world in grade six.

"There are aspects of the exam that are challenging for some students, but I think if they are adequately prepared they can rise to the challenges. That is why we have GSATready.com," said Bailey.

However, the principal admitted that asking a child to fill out an immigration form as a part of the communication task paper was not age appropriate.

According to Bailey, the placement of students was a graver issue than the exam content.

"It's not so much the material, but the fact that there are not enough spaces to place the children in high schools. You have to have equity in the system; when that is achieved half the problem will be solved. The playing field is not level," she said.