Ruby Martin gave all she could 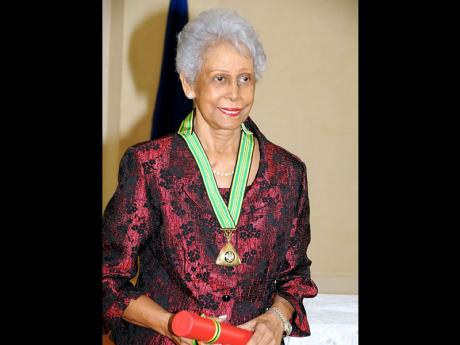 Jamaican philanthropist and former chairman of the Ward Theatre Foundation of Jamaica Ruby Martin is being remembered as a woman who gave all she could to serve her country.

Martin, 75, died just before midnight on Saturday. She had been battling cancer for several years.

At the time of her passing, she was working to restore the landmark 100-year-old Ward Theatre building in downtown Kingston in an effort to inspire cultural life in the city.

Martin also served as chairperson of the Maxfield Park Children's Home for two decades, impacting the lives of the youngsters who entered those gates. Her work in that capacity ended in 2007.

Yesterday, Youth and Culture Minister, Lisa Hanna told The Gleaner she was deeply saddened by her passing and that she will be working to ensure that her mission to renew the Ward Theatre in downtown Kingston becomes a reality.

"I am very, very saddened. One of the first things I did when I became minister was to meet with her and her team regarding the Ward (Theatre). We were trying to make sure funding for the Ward is achieved," the culture minister said yesterday.

The minister said, in honouring Martin's spirit and memory, she would be looking to put in place a policy initiative to ensure that the theatre is restored to its "regal splendour".

"It was her dream to have that place restored. Even while she was 'getting down' she was concerned about the theatre," Ball-Thompson said while recalling one of many concerts Martin organised over the years to raise funds for the theatre's restoration.

Martin's friend of 25 years and fellow director Cedric McDonald said: "I have not seen a greater nationalist and patriot."

McDonald said Martin gave every bit of her life to Jamaica. "She had no more residual to give. She had extended everything she had to serve her country."

During her lifetime, Martin served on many boards including the Jamaica Chamber of Commerce where she served as director from 1980-1986.