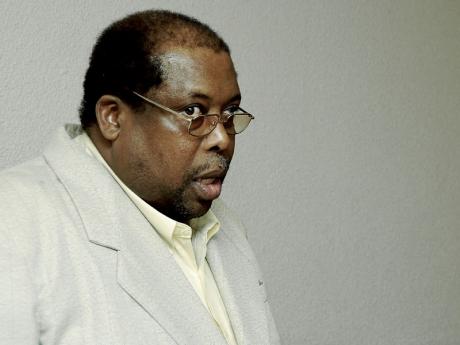 Government Senator Lambert Brown received unanimous support from senators last Thursday as they gave thumbs up to his motion calling for the Government to support and sanction the publication of the history of Jamaica's Parliament since Independence.

Brown, a newcomer to the Upper House, for a period in his presentation appeared to be holding a parliamentary school challenge quiz.

He sought answers to questions such as the identities of the former speakers of the House of Representatives; clerks, marshalls, the longest serving members of both Houses, as well as parliamentarians alive (if any) who were framers of Jamaica's Constitution.

His questions of fellow Senators elicited little or no responses and it was his belief that the society needed to know about the contribution of those who have served since independence.

Senator Brown said the parliamentary publication should not only record laws passed since Independence in 1962, but should contain the names of all the lawmakers who passed through the chamber, including parliamentary staff.

According to him, so little is known about the work of these individuals and how they served the legislature. Fundamental to Brown's concern also was the physical state of the building itself.

Brown decried the current state of the building, which he said may not be able to accommodate one member should he require a wheelchair to access.

Dr Lynvale Bloomfield, the Member of Parliament for Eastern Portland, recently suffered a hip injury and underwent surgery. According to Brown, he might be forced to sit outside as there are no ramps to access the building.

Former Prime Minister P. J. Patterson several years ago disclosed plans to a construct a state-of-the-art parliament building but no funding was identified.

Brown, in his passionate plea for the preservation of history via publication, said the building which is several decades old could not adequately serve the present generation.

Describing Gordon House as a "sick" building, Brown highlighted the unsatisfactorily conditions in which parliamentary staffers must work. Citing the tiny space allotted for the Hansard writers, he said it was unacceptable that the writers of history should be operating in such a small and cramped space.

"For decency's sake, let us with dispatch do something about it," Brown said.

He further drew attention to the small, dilapidated and cramped press gallery which had been constructed at a time when there were fewer media houses. The press gallery with only 11 seats, was inadequate to accommodate representatives of the more than 20 media entities now operational in Jamaica.

The motion was unanimously supported and Leader of Opposition Business in the Upper House Senator Arthur Williams told the sitting that a publication containing some of that history had been written by Professor Trevor Munroe and Arnold Bertram.

Munroe was a legislator in the Upper House while Bertram served the Lower House.