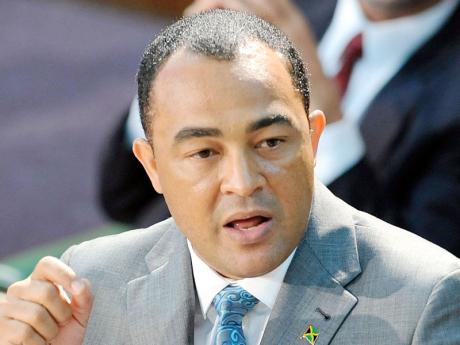 Opposition Senator Dr Christopher Tufton wants the Government to set a time frame for signing the Madrid Protocol, which is necessary for the country's participation in the European Partnership Agreement (EPA).

Tufton, in a private members motion tabled in the Upper House at Thursday's sitting of the Senate, said it was imperative for the government to indicate such a time frame before 2014.

"Be it resolved that this Honourable Senate call on the government to set a time frame to give priority to Jamaica's commitment and obligation to signing on to the Madrid Protocol as important step in supporting the efficient and profitable internationalisation of Jamaica's talent and brands," the prayer of the motion read.

Tufton, who three weeks ago received unanimous support of Senators in calling on the government to amend the country's more than a century old Patent Laws, said Jamaica's entrepreneurs and talent, including our businesses, athletes and entertainers have established a reputation in the international marketplace for exceptional brands and quality.

Tufton said the government has a duty to encourage and support the international expansion and protection of Jamaica's exceptional talent and brands.

"Whereas the cost associated with international brand registration and protection can act as a deterrent to market expansion and can result in losses of millions of dollars to Jamaican entrepreneurs and talent due to brand duplication and piracy, it concluded that signing the protocol will provide protection," Tufton said in the motion.

According to Tufton, the Madrid system for international registration (1891), which function under the Protocol of 1989 and administered through the World Intellectual Property Organisation and offers trademark owners the possibility to have their trademark protected in several countries by filing one application to his own national or regional trademark office.

Tufton said Jamaica's current trademark system only allows for national protection while the Madrid System provides for international registration and protection of trademarks.