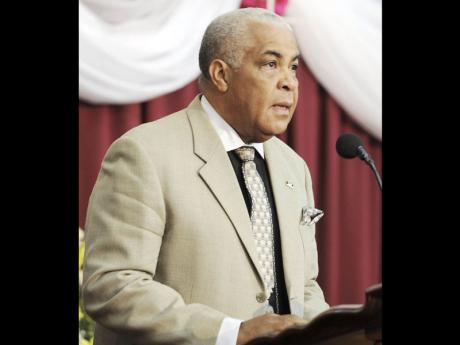 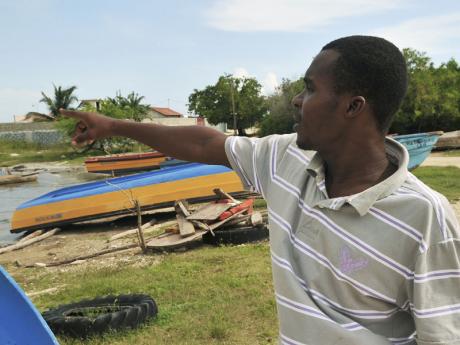 Resident Tryson Walters points to areas along the sea coast in Crawford, St Elizabeth, that has been established as a fish sanctuary. Minister of Climate Change Robert Pickersgill said the effects of climate change may threaten the country's economy, health, agriculture and natural resources.- Photo by Mark Titus
1
2

"We must make it our business to take the climate change considerations into account as we make our decisions, recognising not only our vulnerabilities, but that we all must play a role in protecting and preserving our nation's assets, and our individual and collective livelihoods," Pickersgill said.

The minister was speaking at a symposium for climate change, held at the University of the West Indies' Faculty of Law last week.

He explained that in keeping with the administration's commitment, a climate change department is to be established, and that the ministry is now in the process of setting up a climate change advisory committee.

The minister also noted that the Government was committed to implementing mitigation measures, such as demand-side management in electricity production, and using alternative energy sources, including solar, wind, hydropower, and bio fuels, to produce energy.

In the meantime, Pickersgill said there should be a movement to drive behaviour change and attitudes to the environment.

He added that there are clear issues that require a platform for serious, intensive, aggressive advocacy on the international stage, and that there is a growing body of multilateral environmental agreements, which will require legal as well as technical expertise.

"However, we need greater representation in regional and international negotiations, as well as the development of legislation for the implementation of the agreements. We would like to be able to engage you in some of our reviews and discussions of environmental issues, and my office will be following up on this."