Under-16 netball captain confident of success 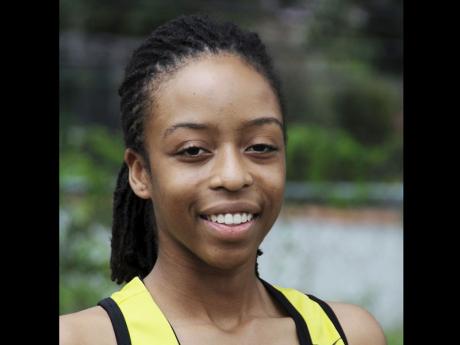 Imani Smalling, captain of the national under-16 netball team, believes the team she leads will do well on their trip to Birmingham, England. The 12-member squad leaves today for the United Kingdom where they will play the England National Under-17 team and Under-16 teams from Birmingham.

She said the team is strong all-round and this strength will serve them well during the tour where they will play matches on April 12, 13 and 15 before returning home on April 16.

"We have players who are very talented and understand their roles, and that is why we will do well," she said.

Smalling was speaking at a special brunch hosted by the Jamaica Netball Association (JNA) at the Netball House, to wish the players God-speed on their tour, which for many of the players is their first trip abroad representing Jamaica. The captain admitted to being a little nervous on this her trip as captain.

"There is a little nervousness, a little happiness," she said while expressing confidence in herself and her team. "I am happy because it's hard work and dedication that got us here as a team, different persons from different parts of the country coming together. So we're just happy to be selected to represent Jamaica."

Team spirit, she said, is high as the girls look forward to the tour.

"I can't really say it with words. It's fun, we are here enjoying ourselves but at the same time being mentally and physically prepared," she said. "I feel we can do well because hard work and dedication will lead to success."

JNA high performance director, Maureen Hall, expressed confidence in the young netballers and implored them to give of their best while on tour and represent Jamaica well.

"You have prepared well so I know you will represent Jamaica with distinction," she said. "Remember you are our future."

The brunch was attended by family and friends of the players and members of the JNA executive including vice-president Yvette Smith and Hall.