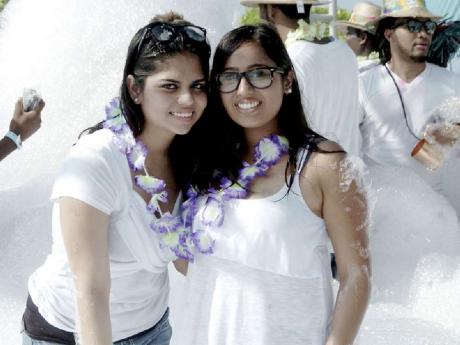 It wasn't all about paint as the organisers of Bacchanal Beach J'ouvert had suggested. There was also lovely foam! 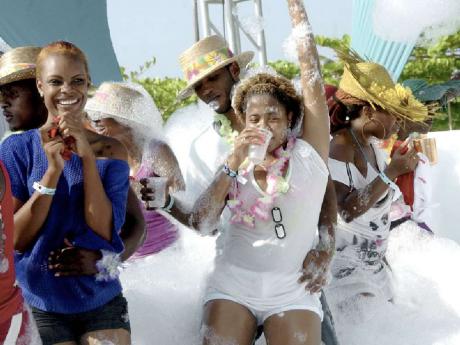 While everybody enjoyed dancing to the sounds of soca with bodies painted from head to toe, they certainly found the pull of foam no less exciting. 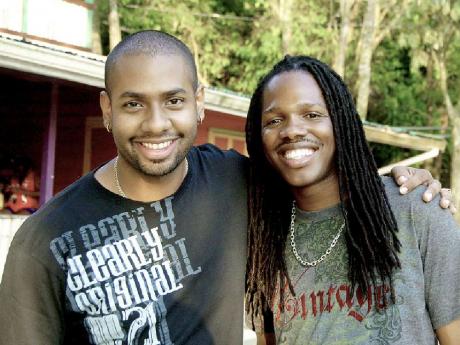 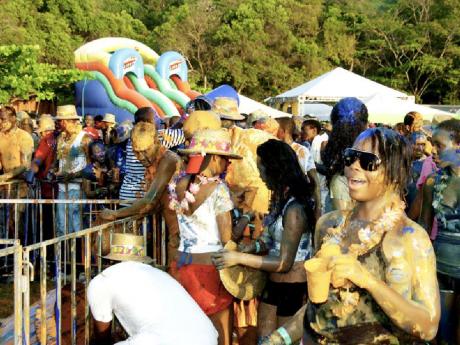 With cup in hand, nobody cared about anything but soca at Bacchanal Beach J'ouvert in Oracabessa, St Mary. 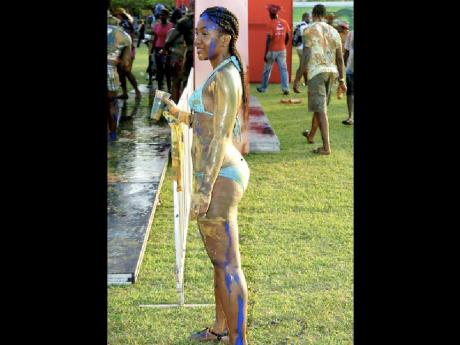 This young lady seems satisfied as she looks at the fun taking place in front of her. Judging from the paint, she enjoyed herself too. 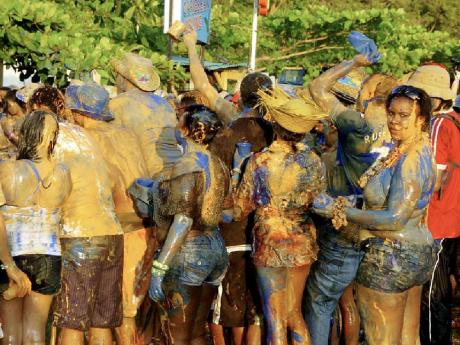 Colours matter not at Bacchanal Beach J'ouvert. Everybody is happy to mix it up and get gloriously messy. 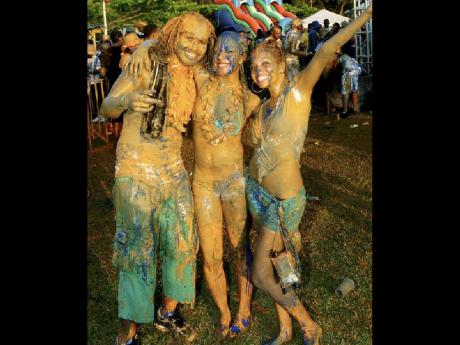 Good friends become even better friends when paint gets involved. 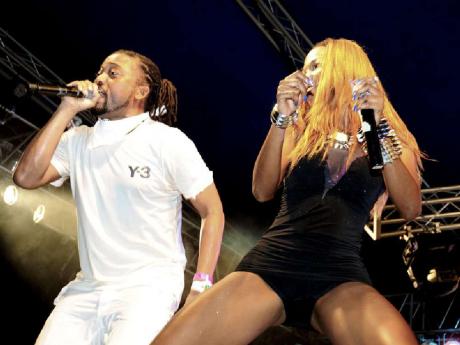 It's been a great year thus far for the former child star of soca, Machel Montano. He made a clean sweep of Carnival 2012 in Trinidad, winning all three titles - Power Soca Monarch, Groovy Soca Monarch and Road March Monarch.

On Saturday night at James Bond Beach in Oracabessa, St Mary, on Jamaica's northern coastline, he may well have added another title to his credit.

For more than two hours, Montano kept thousands of patrons mesmerised and soca-frenzied in a display that showed why he is soca's number one.

He performed as if there was another title to be
won. In the end, he won over the crowd - and they loved
it!

Described by some as the biggest and
'maddest' carnival party of the year, Bacchanal Beach J'ouvert lived up
to expectations, drawing thousands of patrons to the popular and
spacious beach.

Reminded from early on by DJ Bambino
that "if you don't want to get painted, you're at the wrong party",
patrons willingly indulged in paint almost as much as they did in drinks
covered by an all-inclusive entry fee.

Patrons drank,
sang and danced to soca music for hours leading up to 7 p.m. That's
when Bambino announced Montano, whose first order of business was to
survey the crowd.

There were a few persons from the
wider Caribbean but the presence of the Trini posse was quite evident,
as they wildly greeted their countryman. But, naturally, when he asked
for a response from Jamaicans in the house, the place erupted - a
fitting prelude to what was to come.

Montano was suggestive but never slack; even
when he touched Sparrow's Never Eat a White Meat Yet
and Fab Five's Good Buddy.

But with
flags of all colours, including those of several Caribbean nations
flying, it was soca madness. Though it had already been a hot day, the
singer somehow managed to raise the gauge several degrees
more.

Montano led his followers through hits such as
Hard Wuk, showed he had No
Behaviour, did it One More Time, declared
I Just Want to Dance With You, invited the ladies to
Wine on Me before sharing a Bottle of
Rum. And more, much more.

After an hour of
almost non-stop revelry, one would have thought the Soca King had
finished. He wasn't.

After a breather, just long
enough to declare that he was leaving the island the next day (Sunday)
but would return Friday for more bacchanal, before jumping into
Push it Back and Start to
Wine.

But he was not alone. He was ably
backed (and assisted) by his HD Family, including Patrice Roberts and
Farmer Nappy, who shared the lead after a while. And the dancers were
amazing.

There was more to come. It came in the form
of other songs like Represent.

Then
after an hour and three-quarters, the singer told the audience he was
going to turn the occasion into a dance party! So, what was it
before?

The party continued,
courtesy of DJ Smoke and
Bambino.