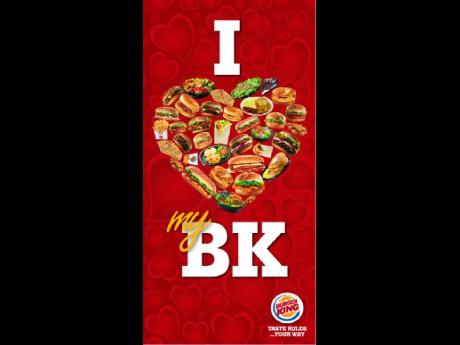 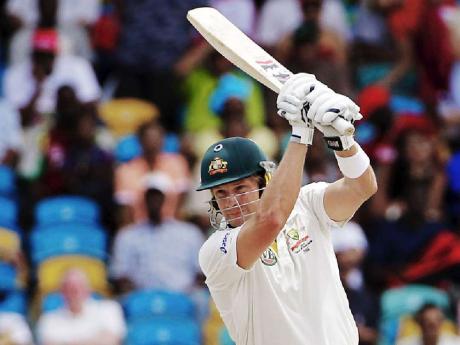 Captain Michael Clarke stroked a half-century to stabilise Australia, but West Indies bowlers made crucial strikes at key junctures to stay in control on the third day of the opening Test at Kensington Oval here yesterday.

The right-hander, who missed the preceding one-day series as he recovered from injury, hit 73 as Australia reached 248 for five, in response to West Indies' 449 for nine declared.

His knock helped to steady the Aussies, who wobbled in the morning session thanks to an outstanding spell from captain Darren Sammy (2-33) which handed West Indies the early advantage.

In a 10-over spell from the northern end that cost just 14 runs, Sammy prised out both openers David Warner (42) and Ed Cowan (14), before former captain Ricky Ponting was run out for four in a horrible mix up over a second run with Shane Watson, as Australia slipped to 84 for three after resuming the day at 44 without loss.

However, Clarke anchored two important partnerships which helped the Aussies out of their predicament. He put on 49 for the fourth wicket with Watson, who got 39, before adding another 82 with left-hander Mike Hussey, who finished the day on 47.

When he holed out to wide long-off deep in the final session, Hussey and debutant wicketkeeper/batsman Matthew Wade, on 19 not out, then came together in a 33-run, sixth wicket stand to see Australia to the safety of the close.

Medium pacer Sammy struck in the day's third over, his second, when he induced the left-handed Cowan into feathering a catch through to wicketkeeper Carlton Baugh with just six runs added.

Australia were reduced to 65 for two when Warner drove at Sammy, but only succeeded in finding Darren Bravo at second slip.

Warner, who started the day on 27, hit six fours off 53 balls in 92 minutes at the crease.

Ponting then spent 13 balls over four before he and Watson found themselves marooned at the same end, following indecision when Watson tucked a ball to fine leg.

Watson and Clarke quickly consolidated, blunting the Windies attack to carry Australia to lunch at 133 for three.

Clarke, however, was fortunate to remain at the crease after he was given out caught behind by umpire Tony Hill off leg-spinner Devendra Bishoo when 21.

The batsman immediately referred the decision, which was eventually overturned, though several television replays produced no conclusive evidence that would have led to the original verdict being reversed.

West Indies struck with the second ball after lunch, however, when Watson sparred at one from fast bowler Kemar Roach and edged behind for wicketkeeper Carlton Baugh to complete an easy catch, with no runs added to the interval score.

Any hopes of adding to that success were quickly dashed, though, as Clarke and Hussey buckled down to bat with relative ease against the Windies' pace and spin combination.

Clarke was steady without being spectacular, striking three fours in the session - the second of which was a superb cover drive off off-spinner Narsingh Deonarine which brought up his half-century half-hour before tea.

Hussey, meanwhile, was busy from early and his first scoring shot was a drive through point for four off Roach. He has so far faced 155 balls, batted 193 minutes and hit six fours.