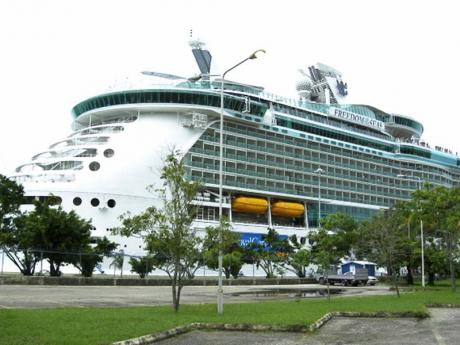 Visitor arrivals by air and sea hit a record 3.07 million in 2011, an 8.4 per cent hike year-on-year, which beat the previous record set six years ago.

The recently constructed Falmouth Cruise Pier accounted for the bulk of new growth on total cruise passengers, up by one-quarter to 1.12 million, while stopover arrivals increased marginally by 1.6 per cent to 1.95 million.

Stopover arrivals were aided by the continued double-digit growth from Canadian visitors which balanced the decline in other major markets, including the United States and United Kingdom/Europe, down 1.6 and 7.2 per cent, respectively.

"Cumulatively, the Canadian market maintained its positive growth during the January to December 2011 period with 16.5 per cent more visitors than in the corresponding period of 2010," stated the Monthly Statistical Report published by the Jamaica Tourist Board.

The top visitor-producing provinces were Ontario and Quebec, the JTB report said.

Jamaica currently ranks as the fastest-growing cruise destination in the Caribbean, based on the pull of the Falmouth Pier, launched a year ago.

Nearly half of all cruise visitors docked at the Falmouth Pier; one-third at Ocho Rios; and the rest at Montego Bay and Port Antonio.

The rise in arrivals allowed Jamaica to beat 24 Caribbean countries in terms of growth in tourist visits at a time when nearly half of neighbouring destinations recorded steep declines.

William Tatham, vice-president, Cruise Shipping & Marine Operations, Port Authority of Jamaica, previously told The Gleaner that he expected the island to top the region, based on the newness of the pier which attracts cruise liners.

Tourism, Jamaica's second-largest earner of foreign exchange, contributed some US$2 billion (J$170 billion) to the economy in 2010.

Queries sent to the Ministry of Tourism for 2011 estimates were unanswered up to press time.

However, the hotel and restaurants segment alone contributed J$45 billion to GDP in 2011, compared to J$44 billion in 2010, according to Statin data on market prices.

Currently, the US and European visitors, respectively, account for the largest and third-largest group of tourists to the island, totalling some 1.22 million and 253,000, respectively. However, these economies are grappling with high debt and fiscal deficits.