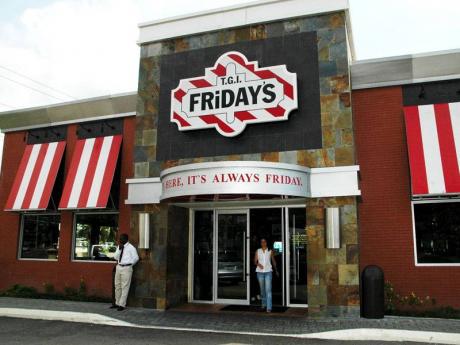 TGI Friday's in Kingston offered a slightly better performance than its counterparts in Trinidad and Barbados, according to franchise holder Prestige Holdings.

The Jamaican operation, which consists of a single restaurant on Hope Road in operation since 2004, increased its revenues and posted a profit last year despite a lean economy.

The other territories made losses or reduced profits, said chairman of Prestige Holdings Joseph Esau in Prestige's annual report for year ending November 2011.

The company reported group profit of TT$7 million from revenue of TT$672.3 million. The Jamaican sales were not disclosed.

"The TGI Friday's restaurant in Kingston again achieved improved sales, but had supply chain and food cost challenges, and the business earned a modest profit," the report stated.

The Trinidad operations suffered from curfews and ended the year with reduced profit.

"Barbados TGI Friday's is experiencing improved sales since the adjoining Marriott Hotel opening, but operated at a loss in a weak economy," said Esau.

"We continue to work on improving efficiency and transaction in both markets," Esau said.

Managers of the local TGIF referred requests for comment to Prestige in Trinidad, but queries to the email address, following an initial phone contact, consistently bounced.