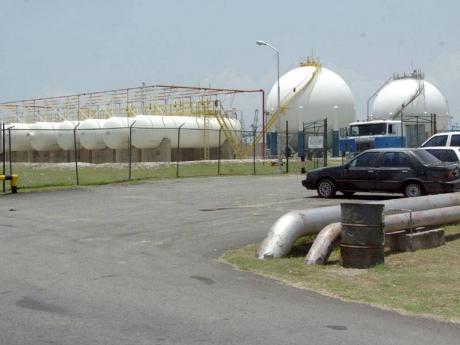 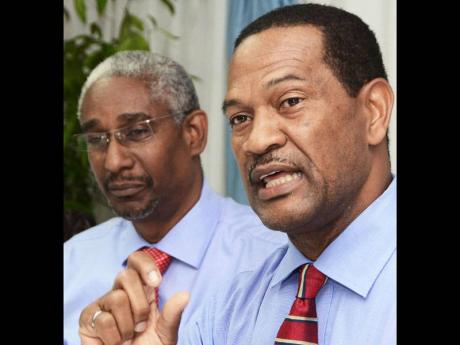 Winston Watson, general manager of Petrojam Limited, speaks at the forum on 'Understanding Petrojam and its role in Jamaica's Energy Market' at the refinery complex at Marcus Garvey Drive, Kingston, on Wednesday, April 4. At left is Erwin Jones, chairman of Petrojam. - Rudolph Brown/Photographer
1
2

The state-owned oil refinery Petrojam has dismissed claims that it obtains crude oil at discounted prices under the PetroCaribe agreement with Venezuela but does not pass on the lower costs to consumers.

"It is not at a discount to Petrojam," the refinery's general manager, Winston Watson, declared at last week's energy meeting at the refinery complex in Kingston.

There is he said a lot of misinformation and misdirected facts in the marketplace.

"We buy the crude oil from Venezuela at a competitive market price," Watson told the meeting organised by the Ministry of Science, Technology, Energy and Mining on Petrojam and its role in Jamaica's energy market.

What the Venezuelans guarantee is security of supply "that as long as Jamaica wants its quota of oil, Jamaica will get its quota of oil. But you pay for it at market price," the refinery manager said.

Under the PetroCaribe agreement, Jamaica is allowed a quota of at least 21,000 barrels of oil per day. The price charged by Venezuela has never been disclosed but had always been assumed to be below but tracking with world prices.

Jamaica pays 60 per cent of the PetroCaribe oil bill upfront, while the rest is converted into a long-term loan used by Jamaica for development and project financing.

The PetroCaribe Development Fund was created in 2006 to manage the oil proceeds. Its debt to Venezuela was projected to reach J$164 billion by the March 2012 fiscal yearend.

Watson, speaking against the background of the constant rising price of fuel and questions about the mechanism Petrojam uses to price its products, said the price at which Petrojam sells finished products has nothing to do with the actual operation of the refinery itself because it does not use a cost-plus pricing mechanism used by firms to maximise profits.

Rather, Petrojam uses an import-parity pricing system, which consists of the imported cost of crude, transportation and custom duties, he said.

Watson said that was the system established by the Government when it acquired the refinery in the 1980s, taking into consideration the least cost option of bringing products into Jamaica and selling it to the marketplace.

"So we as a refinery constantly change our prices weekly and we look at what is the least cost to sell products to the Jamaican consumer," he said.

Import parity mechanism was the most competitive and transparent pricing mechanism known to Petrojam, and it has allowed the refinery to compete with imports from Trinidad and others in the market, Watson said.

He explained that there were different market references insofar as setting the prices of petroleum products and, given Jamaica's geographic location, "we use the US Gulf Coast as our reference"; as do trading partners such as Venezuela and Trinidad.

"We use the US Gulf reference because it's transparent; it's a huge market - many traders in and out - and so you do not have any one player who can manipulate that price. That is the basis on which anybody, if they were planning to import (petroleum), that is the reference they would use in bringing products into Jamaica," Watson said.

Oil is now selling at about US$102 per barrel.

Chairman of the Petroleum Corporation of Jamaica (PCJ), Chris Cargill, also speaking at the meeting, said the US Gulf reference was just that - a reference - and "does not dictate what the prices are set at here."

Petrojam has sought to buy and import crude and finished products at the cheapest prices said Cargill. But transportation costs and taxes that have to be paid to the Jamaican government are what determine the final prices to the consumer, he said.

Petrojam is a subsidiary of PCJ.

Watson said Petrojam input costs such as labour, security and electricity were expensive, but have no impact on the cost of the finished product to consumers.

Hence the reason, he said, the refinery operation does not operate as a cost plus pricing system.

"The price is set by the market. So the refinery operations, however efficiently or inefficiently run, affects our profitability. It does not impact on the price," Watson emphasised.

But he said the refinery is profitable, " which means we are running a very efficient shop."