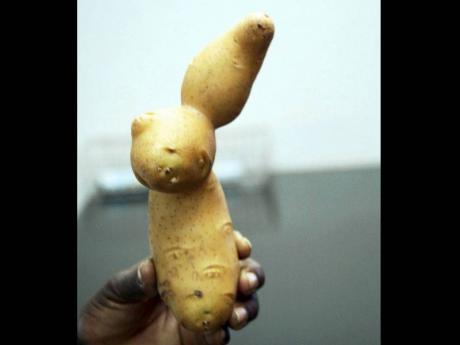 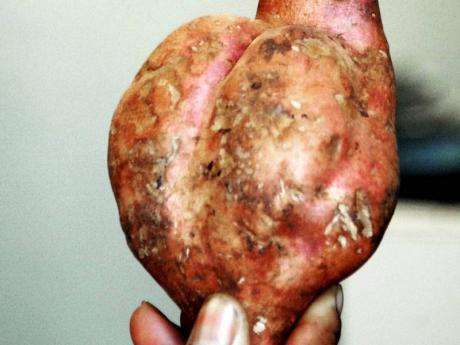 The Jamaica Exporters Association (JEA) is rolling out a technical development programme of assistance for two producer groups, the farmers of Guys Hill and the Christiana Potato Growers Association, to link farmers more effectively to their markets.

A US$100,000 (J$8.7 million) agreement between local trade and lobby group JEA and the International Trade Centre (ITC) will create agri-business centres modelled as marketing/sales hubs for farmers.

ITC is a joint agency of the World Trade Organisation and United Nations.

The project will principally support development of export capacity for root tuber crops, which the JEA has determined have potential for market development and high returns.

A diagnostic assessment of the local Irish and sweet potato markets will also be conducted and its findings inform the engineering of varieties that are heat and disease resistant. These varieties will be the supply source for sweet potato chips and French fries for the fast food sector, said JEA consultant Tracey-Ann Wright.

The fast-food industry is said to import most of the potatoes used for fries, because the local variety is not dry enough.

The import bill for Irish potatoes was cut from US$4 million in 2008 to US$2.6 million in 2010 because of increased local production, Minister of Agriculture Roger Clarke said at a forum in February.

However, he also said Jamaica was importing a wide range of value-added products, such as chips, wedges, and fries - amounting to US$15.1 million in 2010.

The JEA/ITC project falls under the All Africa Caribbean and Pacific Commodities Programme (ALL ACP), out of which the Jamaican Agriculture Subsector Strategy for fruits and vegetables, roots and tubers, and herbs and spices - JASS - was developed as a public-private partnership spanning more than 120 interests.

The JEA/ITC agreement ends May 31, 2012, but the strategy implementation continues for another three years to 2015.

Wright said Guys Hill and Christiana were selected as a result of an ITC study conducted under the Agro-Ecological Zone component of JASS.

"The agri-business centre is to be commercially driven and managed by professional managers," said the JEA consultant.

"They will operate at the community, parish or island level; consolidate supply and demand; ensure value addition; guarantee quality, volume and consistency of supply; assist with business plans and marketing/distribution strategy; provide services to buyers and farmers; provide access to credit and assist in grading, sorting and packaging," she said.

Christiana's potato growers will get technical advice in the field from a group of Colombian experts attached to the Corporación PBA under a bilateral arrangement between Jamaica and Colombia. The visit will run from April 22-27.

Funds flowing to the Guys Hill United producer marketing organisation (PMO) through JASS have been designated for upgrading of the local agricultural complex, repair of the leaky roof; extension of the washing area to accommodate larger volumes of produce passing through the centre; construction of a separation wall and drying racks; and provision of field crates for proper transportation of produce from the farm to the agri-business centre.

The centres will also be outfitted with digital platform scales, and the services of an agronomist who will be paid by the project to support the farmers in the field on agricultural best practices.

"We thought that this would be a necessary component in building the capacity of the farmers as we prepare them to meet the United States Food Safety Modernization requirements," said Wright.

The project also has a training component, including workshops in group dynamics for the 200 farmers in the Guys Hill United PMO.

"We noticed that this was a big problem with the PMOs, in terms of group conflict and basically working with each other in a group," said the consultant. "Training is currently on-going with the farmers."

The sessions cover conflict management, working together as a team and cluster development, as well as assistance with the writing of marketing plans.

The JASS project is also expected to reach, directly and indirectly, approximately 2,500 producers within the Christiana region.