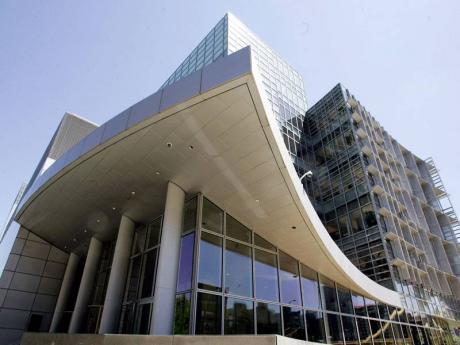 The world headquarters of Alcoa Inc is seen along the north shore of the Allegheny River in Pittsburgh, in this May 7, 2007 file photo. - AP

Alcoa reported a surprise profit for the first quarter after it sold more aluminium to a wide range of customers, from automobile manufacturers to beverage can makers.

The largest US aluminium maker also benefited from cost-cutting steps that made its operations more efficient.

Revenue totalled US$6 billion, up from US$5.95 billion in the year-ago quarter. Analysts predicted revenue of US$5.77 billion.

Alcoa's performance can reflect broader economic trends because it mines, processes and sells aluminium used by a vast number of industries - including automobiles, aircraft, construction and packaging for beverage cans.

Alcoa's report gives an optimistic start to what is expected to be the weakest earnings season in more than two years. Analysts expect earnings for companies in the Standard & Poor's 500 index to decline 0.1 per cent compared to a year ago, according to FactSet.

"It looks like they're going to get the earnings season off on a good note," said Argus Research analyst Bill Selesky.

Alcoa cut some smelting and refining operations earlier this year. Demand fell late in 2011 because of concerns about a slowing global economy. Those cuts, among others put into place during the recession, helped improved productivity.

The company said it recorded higher sales from automotive, commercial transportation and aerospace manufacturers, compared with a year ago.

Alcoa released its earnings after the market closed. Shares rose 5.6 per cent to US$9.84 in the extended trading session.