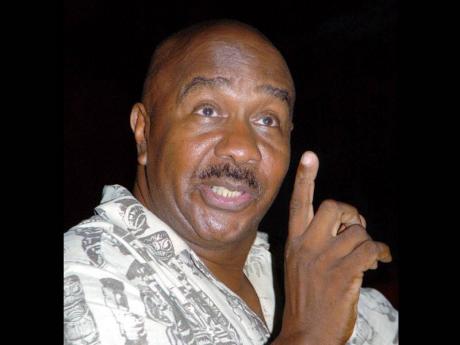 Every Easter morning for 31 years, the National Dance Theatre Company's (NDTC) dancers, singers and orchestra, in collaboration with the Little Theatre Movement, have been giving tremendous pleasure to large audiences at the Little Theatre. The annual event is a concert titled 'Morning of Movement and Music', and Sunday's presentation received the usual enthusiastic applause.

While the concerts have tended to favour movement, on Sunday last, there was much more singing - by the numerically augmented NDTC Singers - than usual. There were some complaints about the change, and no doubt NDTC artistic director Barry Moncrieffe and musical director Marjorie Whylie will meet to discuss the most suitable balance between the two artforms.

One aspect of that discussion should be the difference between the concerts remaining spiritual rather than becoming religious. In the past, many have praised them for being the former, this because of the preponderance of dance.

On the other hand, the more hymns and other Christian sacred songs are sung, the more religion will present itself onstage. Words are less ambiguous than movement.

Perhaps not unconnected to the opinion of one patron, a musician, that the mood of Sunday's concert was more solemn than usual was the fact that it was dedicated to the memory of the late Madge Broderick, a former NDTC dancer, and that one dance, Milton Sterling's 'He Watcheth', was a tribute to the late Ed Gallimore, whose daughter dances with the company.

But the morning began cheerfully enough, with the Singers in blue (women) and black (the men, behind them) belting out Whylie's one-word song Alleluia. Then, while they sang the hymn Now Thank We All Our God, the theatre's huge red curtain opened to reveal the NDTC dancers, in black.

Gliding, running, leaping, twirling, mostly with arms extended, the dancers exultantly demonstrated their fitness (in terms of skills, knowledge and attitude) to entertain and uplift the audience. The work, the company's opening dance for years, was choreographed by NDTC member Kevin Moore. His most recent dance, 'Inward Stretch Outward Reach' (2012), which is also celebratory, and more colourful (it features five men in red pants), was staged about half-an-hour later.

The first of the Singers' three suites of songs, each comprising three songs, was titled 'Songs of Praise' and comprised evocative words and music by Whylie. While, generally, there was a minimal amount of movement in this suite, there was more in the second, 'Canticles', which featured a heartfelt solo by Dawn Fuller-Phillips of 'The Magnificat'.

By the time the Singers presented their third suite, there was quite a bit of movement. The gradual increase in movement might have been a deliberate strategy, but the quality of the singing was uniformly high from start to finish.

The songs in the third suite, Jamaican Spirituals, were Bright Angels, Nuh Touch Me (a caution to Mary by Jesus before his ascension) and Don't You Trouble Jesus. At other times, the Singers, or some of them, appeared more briefly.

Three 2012 dances were premiered on Sunday and, no doubt, they will be brought back and revised for the company's monthlong season in the summer.

Oneil Pryce's 'Jordan River' was the first of these to be staged. A generally leisurely work, with many Tai-chi-like movements and much posing, it was danced by seven women, some in blue, others in purple dresses.

The second 2012 dance was 'Requiem' by Marlon Simms. To Andrew Lloyd Webber's Pie Jesu, sung by the Singers led by Faith Livingstone and Fuller-Phillips, two couples dance within the entire stage area with long, graceful, ground-covering movements. Their mood cheerful, the men, in white T-shirts and blue slacks, and the women, in white tops and black skirts, ended the dance with an applause-eliciting tableau.

Clive Thompson's 2003 work 'Of Sympathy and Love', based on the biblical story of Jesus raising Lazarus from the dead, was one of the most interesting choreographically. It was performed by two of the NDTC's best dancers, Mark Phinn (Jesus) and Marlon Simms (Lazarus) and shows Jesus preparing himself mentally and spiritually for the miracle, and then Lazarus rediscovering, almost muscle by muscle, the power of movement.

The final two dances, an excerpt from 'Ritual of the Sunrise' and Psalm 150, both by the NDTC's late artistic director, Rex Nettleford, were the most cheerful of the lot and brought the concert to an upbeat end.